Jeff Albert is a musician, music technologist, and educator. He was named a Rising Star Trombonist in the Downbeat Critics Polls each year from 2011-2019, and performs regularly in the New Orleans area, and throughout the US and Europe. Jeff wrote the horn parts and played trombone on Bobby Rush’s album Porcupine Meat, which won the 2017 Grammy for Best Traditional Blues Album, and was the horn arranger and trombonist for The Meters from 2015 until their final performance in 2017. Albert performed on Pretty Lights Grammy Nominated 2013 album Color Map of The Sun. In 2013, the Paris based record label Rogue Art released his CD, The Tree on the Mound, which features Kidd Jordan, Hamid Drake, and Joshua Abrams

One of the memorable piano trio releases of 2022 should be With Grace In Mind from the trio Dreamstruck. Marilyn Crispell, Joe Fonda & Harvey Sorgen are among the finest at their craft and together they create original music from original ideas. Also on the playlist this week, Jon Irabagon's steamin' quartet, several albums from Italy ...

Contrasting alto saxophonists highlight this episode. Toronto's Brodie West leads his quintet through a quirky and edgy set of tunes from Clips, while Sweden's Anna Hogberg leads a very free blowing group called Attack, and that's exactly what she does on her recent Lena. Another saxophonist, American Seth Trachy, brought along his mentor, the very respected ... 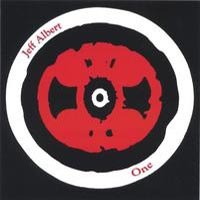 Exactly one day after the funeral of his beloved wife, and urged by friends and family, Polish saxophonist Leszek Żądło along with bassist Andrzej Cudzich and drummer Janusz Stefański entered Studio Stebo in Krakow, Poland in 1995 and recorded some very emotional and powerful music. Finally released, that recording is the feature on this week's episode ...