Composer, arranger, producer, musical director and saxophonist Jason Yarde writes music that has been described as powerful, spiritual, evocative, rhapsodic, hair- raising and formidable. He composes across various styles (progressive jazz, classical, hip-hop, fusion, free improvisation, broken beats, R&B, reggae, soul, song writing) and for a variety of media (orchestras, chamber ensembles, big band, dance, film, electro-acoustic and midi) and his potential and originality is such that he was nominated for the Bird Award at the 2004 North Sea Jazz Festival and for the Jazz on 3 Innovation Award for the 2005 and 2006 BBC Jazz Awards 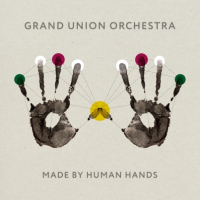 Tales from the Jacquard

"The Rise of The Lizard People," the title of the scene-setting opening track on Ivo Neame's Glimpses Of Truth, was prompted by an article Neame read which claimed that 12 million Americans believe that interstellar lizards run the United States. Only 12 million? In a country with a population approaching 332 million, around half of whose ...

Reed player Julian Siegel has been an important part of the London jazz scene since the late 1990s, when he cofounded Partisans, a high-energy quartet completed by guitarist Phil Robson, bassist Thad Kelly and drummer Gene Calderazzo. The band is pretty much beyond category, although it is usually billed as jazz-rock. Unlike normative jazz-rock outfits, however, ...