When UK-native James Blackshaw plays his 12-string guitar, something spiritual takes place. Performing and recording since 2003, his name is frequently mentioned alongside the likes of Jack Rose, Steffen Basho-Junghans, Sir Richard Bishop and Glenn Jones as one of the most foremost modern pioneers of solo acoustic guitar music. Now at the age of 25, Blackshaw, an untrained musician born and still residing in the suburban environs of Greater London, draws as much inspiration from early religious music, South-Asian folk music and composers such as Arvo Part, Simeon Ten Holt, Steve Reich and Charlemagne Palestine as he does from John Fahey, Robbie Basho and the early Takoma Records roster, constantly breaking boundaries in what could be conceived as a somewhat limited medium

Robbie Basho: The Art of the Acoustic Steel String Guitar 6&12 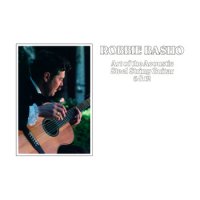 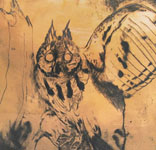 Had Ira Gitler not encountered John Coltrane and heard James Blackshaw instead, he might have used his famous “sheets of sound" to describe the guitarist's music. Blackshaw uses his twelve-string guitar to create giant waves of chords that repeat motifs, creating a harmonious and meditative music that is like new age music for the intelligentsia. New ...

The Cloud Of Unknowing

Running To The Ghost

James Blackshaw: The Cloud Of Unknowing