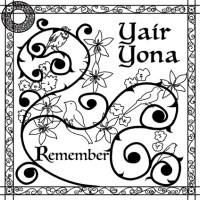 Yair Yona is a resourceful Israeli guitarist and producer, whose solo debut salutes legendary and innovative finger-picking guitarists from both sides of the Atlantic such as John Fahey, Leo Kottke and Bert Jansch. But Yona does not shy away from updating these guitarists' influential legacies and sounds, with references to modern indie post-rock groups and guitarists ...

The Chris Brokaw Guitar Triowith Alan Licht/Greg Kelley/Sean MeehanThe Knitting FactoryOctober 8, 2009The new Knitting Factory is a transplant from the old downtown Tribeca location to this new space in Brooklyn's Williamsburg district. It might seem superficially out-of-the-way, but it's only two stops on the subway out of Manhattan, ...