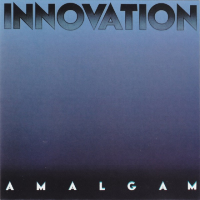 In the early '60s Trevor Watts and John Stevens initiated the long-lived free jazz association that became known as Amalgam. Their extended tenure altered Euro jazz and improvised music forever, following their first recording in '69. Tangent records released their third album, Innovation , in 1974, after their Play Blackwell and Higgins set and several sessions ...