We start the 751st Episode of Neon Jazz with a relatively new musician that has seen a lot of action in his young life. Drummer Charles Goold kicks things off with a song off his 2022 album Rhythm in Contrast. We also take a look into some new music from veterans of the jazz world in ...

Spike Wilner is a pianist who operates two jazz clubs in jny: New York City with his partners Chris Borden and Lee Kostrinsky. Smalls and Mezzrow are within a short walk of one another in Greenwich Village. They present familiar artists like Lew Tabackin, Frank Lacy, Pete Malinverni, Johnny O'Neal and Wilner himself, as well as ... 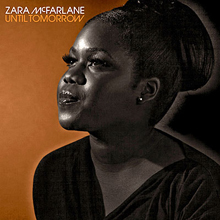 Until Tomorrow, from young London-based singer and writer Zara McFarlane, is a delight. This is not McFarlane's first recording--her 2010 self-produced six-track EP, also called Until Tomorrow, debuted some of these songs, and she has also recorded with the Jazz Jamaica All Stars--but it's her first full-length album. Filled with fresh and beautifully crafted compositions, it ...

"Man, patience is a virtue!" Harry Whitaker is reflecting on the long-awaited release of his first album as a leader, recorded when he was thirty-four years old. Now a well-seasoned fifty-nine ("I'm older, not more mature," he clarifies), he is savoring the fruits of a philosophy that guided him throughout a rich career spent supporting a ...

Coming June 26 to July 4th, 2009 to a Hidden Jazz Haunt from the Village to Harlem A week-long celebration will rope together for the first time the best Underground Jazz scene in NYC's hidden neighborhood spots that feature Live Jazz>; Each will put their Fest foot forward with exciting performances for 1st Annual Underground Big ...

The Sound of Harry Whitaker