Hal Blaine may well be the most profilic drummer in rock and roll history. He's certainly played on more hit records than any drummer in the rock era, including 40 #1 singles and 150 that made the Top Ten. Eight of the records he played on won Grammys for Record of the Year. Blaine, who was born Harold Simon Belsky in 1929, became a professional drummer in 1948 and joined teen idol Tommy Sands' band in the late Fifties. He was the most in-demand session drummer in Los Angeles during the Sixties and early Seventies, and a list of musicians he played with reads like a who's who of popular music. In 1961, Blaine drummed on Can't Help Falling in Love With You, one of Elvis Presley's most memorable sides, and he would play on Presley's film soundtracks throughout the Sixties

“Well, that moment has come that we have known was an inevitable certainty and yet stings like a sudden catastrophe. Let the world note that a great American influence on pop music, the American Beatle, the secret link between so many artists and records that we can only marvel, has passed and cannot be replaced -my ... 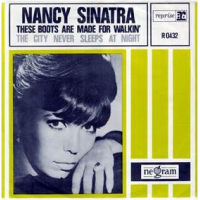 In his All About Jazz interview, documentary filmmaker Denny Tedesco mentioned he had acquired the rights to over one hundred songs to use in his documentary film The Wrecking Crew. The film deals with the history of the studio and session musicians in '60s Los Angeles. After the interview we asked him to do the near ... 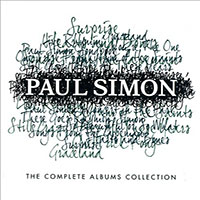 In February 1966, the Beach Boys began to record their most ambitious album to date—a project called Smile. Following in the wake of the Beatles' Rubber Soul (released in December 1965), Smile was to be the Beach Boys' game-changer, an ante-raiser that would be a sequel to their Pet Sounds album released in May 1966. [Pictured: ...

Award-Winning Acclaimed Artist, Charlie Harrington, has signed with Tempus Drums. Charlie, an in demand session player with a well-established reputation as a first call drummer, is proud to endorse the fine quality products offered by Tempus Drums. Tempus Drums started out in 1973 as Milestone Drums in Vancouver, Canada, at the height of the synthetic shell ...

Herb Alpert: On The Record

It was no less than Miles Davis who once opined, “You don't have to hear but three notes before you know it's Herb Alpert." True enough, while Alpert's name isn't often mentioned in the same sentence as the other icons of West Coast jazz (many of whom appeared on records produced by his and Jerry Moss' ...

Last week I was on assignment for the Wall Street Journal in Palm Desert, Calif. I was there to interview drummer Hal Blaine, who is probably America's greatest living rock and pop musician (you can read my article in today's edition here). If you're like me and grew up in the '60s listening to the radio, ...