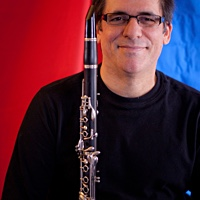 Greco plays with amazing fluidity and elan, several instruments, and in his compositions he has the superb ability to paint soundscapes. He's from L.A., and brilliant.

Award-winning composer and performer Chris Greco has followed a path in music of discovery and accumulation. He has composed and performed a broad and diverse range of jazz music, classical chamber, and concert hall music. He draws from the music traditions of the past and the present within the worlds of jazz, non-western music, twentieth century music, American popular music, and the classical repertoire.

As a composer and multi-instrumentalist Greco's development was shaped in Los Angeles. Guided by a broad approach and a searching curiosity Greco explored a variety of jazz styles, groups, and changing instrumental formats; duo, trio, quartet, quintet, sextet, and large ensembles. He was a significant contributor to the mainstream modern/post-modern, and mixed-genre jazz culture of Los Angeles in the '80s and '90s. The three recording projects on gwsfourwinds records from the '90s represent his broad view, and the multi-stylistic directions he explored with jazz-based music.

Greco is a professor of music at Benedictine College. He composes in cycles, maintains an active cyclical performance itinerary, and continues to pursue his broad interests that are woven within a professional life of composing, performing, teaching, research, and recording in jazz, classical, electronic, and mixed-genre music. 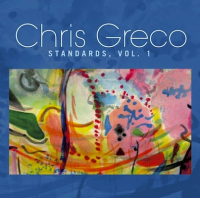 From: Standards, Vol. 1
By Chris Greco

All About Jazz musician pages are maintained by musicians, publicists and trusted members like you. Interested? Tell us why you would like to improve the Chris Greco musician page.