Tenor saxophonist Gian Tornatore has emerged as a prominent voice in the New York City jazz scene. A graduate of the Berklee College of Music, the California native moved to New York City in 2002 and has made a name for himself as an exciting and dynamic performer, composer, and educator. Gian (pronounced John) has recorded for record label Fresh Sound New Talent and has released four albums as a leader: Sink or Swim (2003), Blackout (2005), Fall (2008), and The Heights (2012). He credits Joe Lovano, Branford Marsalis, Pat Metheny, Joshua Redman, and Sonny Rollins as his most notable influences in shaping his voice as a musician 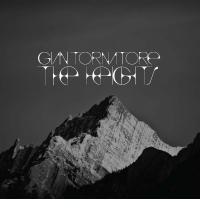 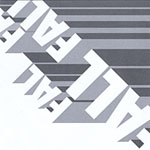 He was just 16 when he had his first major performance. Now, saxophonist Gian Tornatore is making his mark in jazz, releasing his third album as a band leader. And he does it in a style apart from what the mainstream expects of this instrument. From performing for the rock band Heart to the ...

Sink Or Swim is the debut album by saxophonist Gian Tornatore. He and his band, featuring Jon Anderson on piano and Fender Rhodes, Zack Wallmark on bass, and David Christian on drums, create music rife with exploratory brooding. Particularly with the pulses of the Fender Rhodes in the mix, the album calls to mind the late ...

Sink or Swim features saxophonist Gian Tornatore's fine tenor and soprano saxophone work along with excellent support from Jon Anderson on piano and Fender Rhodes, Zach Wallmark on bass, and David Christian on drums. Tornatore's tone is clear as a bell and his compositions display a quiet intelligence that's refreshing to behold.The CD is ...