Francisco Quintero is a jazz guitarist primarily based in the east coast of the U.S. He was born in 1991 in Puerto Ordaz, Venezuela. In 2009, he attended the prestigious Berklee College of Music in Boston, MA, obtaining a Bachelor's degree in Performance in 2012, and Northern Illinois University, obtaining a Master's degree in Jazz Studies in 2017. He has studied and performed with artists such as Peter Bernstein, Alain Mallet, Richie Hart, Derrick Gardner, Carl Allen, Reggie Thomas, Fareed Haque, Ari Brown, Victor Provost, Paul Carr, Andres Briceno, among others, and performed across the United States and Europe as a leader and sideman musician. Although primarily a working jazz guitarist, with deep reverence to greats such as Wes Montgomery, Thelonious Monk and John Coltrane, Francisco is an extremely versatile artist

About Francisco Quintero Francisco Quintero is a guitarist, composer, arranger and producer born and raised in Venezuela. He attended the prestigious Berklee College of Music in 2009, where he obtained a degree in instrumental performance, and also holds a master's degree in Jazz Studies from Northern Illinois University. He has studied with artists such ... 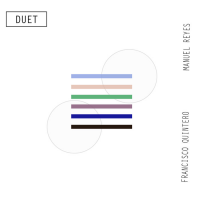 Label: Self Produced
Released: 2015
Track listing: All The Things You Are; Stablemates; How Deep Is The Ocean; Lazy Bird; Happenstance; Solar.