In classical thought, the four elements are earth, water, air and fire. The fifth element, quintessence or spirit, is captured in the music we love to play. A jazz quintet featuring Dave Coules, Jack Gelbloom, Ron Johnston, Glenn Anderson and Nina Richmond.

Classically trained, Ron’s first love has always been Jazz. He has been professionally performing and recording, (locally and abroad), with a number of different groups since 1971. Ron has also appeared in numerous TV shows and Films as a musician extra, including being a main band member in the Oscar winning film “Chicago”. He was one of the original members of the well known Hard Bop band “Kollage”. Where he performed and recorded with the group for their first nine years. Currently, Ron can be seen working with Juno award winner Bob DeAngelis, The Tanya Wills Quartet, Fifth Element, as well as freelancing with many other groups in the Toronto area. In addition to teaching privately, Ron is the bass instructor at the acclaimed St

Nina has been passionate about singing her whole life, performing in genres from musical theatre and pop to jazz and blues. During her many years practising law and raising a family, Nina was the featured singer with the Advocats Big Band and the Tokyo Giants, R & B band, as well as the swing band, Atomic Cocktail, and many other smaller formations. She has performed at high-profile events such as the Beaches International Jazz Festival, Eat to the Beat for Willow, the Angel Ball for Providence Centre, AidsBeat, as well as at weddings, parties and book launches. She has appeared at many venues around Toronto, including, The Rex, The Duke Live, The Old Mill, Seven44 Restaurant & Lounge, Gate 403, the Rivoli, Revival Bar, The Pilot and more 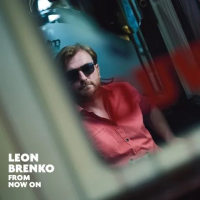 New Sounds From Argentina And More

I Can't Believe That You're In Love With Me

Dave Coules is a resident of Oakville Ontario and has been on the Toronto music scene full time since 2012. He is a retired educator with over 30 years of experience in the profession during which time he led award-winning high school big bands and jazz ensembles. Dave’s musical resume comprises work with a number of Toronto area ensembles including Swing Shift Big Band, the George Lake Big Band and the Bob Clegg Big Band. He has also been a guest artist with the Bob Cary Orchestra, the Chris Hunt Tentet, the Anthony Terpstra Septet and the OctoKats. As well as playing lead alto sax for the Advocats Big Band, Dave is an accomplished soloist, featured regularly in their performances

Label: Self Produced
Released: 2020
Track listing: I Can't Believe That You're in Love With Me; A Nightingale Sang in Berkeley Square; It Might As Well Be Spring; I Love Being Here With You; The Gentle Rain; There Will Never Be Another You; More Than You Know; September In The Rain/On A Misty Night; The Look Of Love; Days Of Wine And Roses; My Romance; My Shining Hour