Drummer Eric Rosenthal is based out of the Boston area. The former student of Ed Blackwell has studied and performed more than American jazz drumming; he has also delved into West African traditional and South Indian classical percussion. Rosenthal has performed and improvised with Anthony Braxton, Mat Maneri, Pandelis Karayorgis, Mario Pavone, and the Either/Orchestra. He has performed all over North America and Europe, and appeared in Greece at the Patras Jazz Festival, at Montreal's North Sea Jazz festival, even at Finland's Pori Festival. Besides producing his own improvised music recordings, he also appears on CDs with the Hypnotic Clambake and the Zairean soukous band Freestyle.The late '90s found Rosenthal busy in the group Naftule's Dream. The band has two releases on John Zorn's Tzadik label, Search for the Golden Dreydl and Smash, Clap!

Visit any dog park and you'll notice canines need no instruction on how to play together. Chasing the ball, chasing each other, or investigating a pond is quite instinctive for our furry friends. Apologies for equating the master musicians heard on CliffPools with a pack of dogs, but a ferocious struggle for dominance this is not. ... 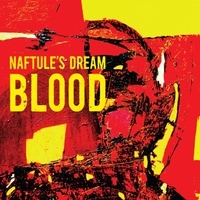 Emerging from the ranks of the Boston area's Shirim Klezmer Orchestra, Naftule's Dream began with John Zorn's Tzadik Records when the label was young, offering up on the imprint Search for the Golden Dreydl (1997), Smash, Clap! (1998) and Job (2001). One thing about a large scale klezemer band--it offers up plenty of opportunity for madcap ...

Having shaken off holiday torpor and distractions, the Boston area array of gifted musicians roosting at Outpost 186 are shaping their event streams for the beckoning year. The highlight for January will be a reunion of colleagues from Ornette Coleman's Prime Time, guitarist Bern Nix and keyboardist Dave Bryant with help from Jacob Williams on bass ...

Aych is a trio comprising Mary Halvorson guitaristry, Jim Hobbs saxophone honing and Taylor Ho Bynum cornettery in some serene survey of juxtapositions Mr. Hobbs variously describes as “porch music" This will be a Boston premiere as is a cd release show for the newly reshaped Taylor Ho Bynum Sextet brought to ears as Apparent Distance ...