Pianist, saxophonist and multi-instrumentalist Emanuele Coluccia has led his career between Europe and the United States. In his New York period, started in 1999, he embarked on a very active career both in concert activities (Brooklyn Film Festival, Lincoln Center, University of Stoneybrook, WAX Studios, German Consulate, Brooklyn Museum of Art, Princeton University) and in studio work. In the USA he collaborated with the American singer-songwriter Myla Hardie, the Afro-jazz artist Alain Kodjovi, the Italian singer Greta Panettieri, the German trumpet player / composer Volker Goetze, the French singer-songwriter Chris Combette, and took part in the European tours of the New York trumpet player Greg Glassman. Back in Italy, together with with Claudio Prima and Redi Hasa, he founded Bandadriatica: a project with which he has released 5 studio works, performed in several tours in Italy and abroad and had prestigious collaborations (King Naat Veliov and Kocani Orkestra, Eva Quartet, Raiz, Boban & Marko Markovic, Sabina Yannatou) 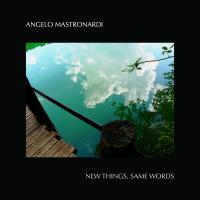