Eddie Shaw has done just about everything in the blues business. He’s been a sideman, singer, bandleader, songwriter, arranger, producer and tavern owner. In most of those roles, he has worked on behalf of other artists. The whole West Side blues scene benefited from Eddie’s efforts, which included acting as bandleader and manager for the late Howlin’ Wolf from 1972 to 1975. After working for years behind the scenes, Eddie stepped out on his own as a band leader, proving himself to be one of the blues world’s premier horn players and a fine vocalist to boot. Before Wolf died in 1976, he urged Eddie to carry on the blues with The Wolf Gang 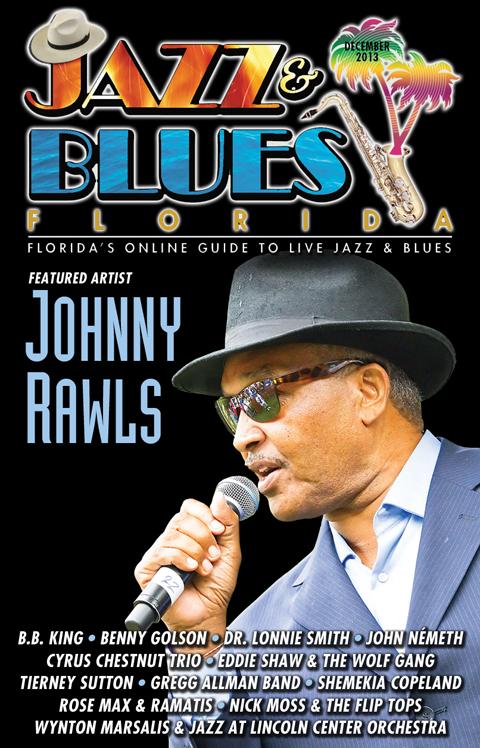 The December, 2013 online edition ofJazz & Blues Florida has been posted at jazzbluesflorida.com. Read previews of local and touring artists performing in Florida this month. Along with the ezine, the JBF website offers comprehensive listings of live jazz and blues music in clubs, concerts and festivals across the state. This month's features are Johnny Rawls, ...