Dion Kerr is a forward-thinking multi-dimensional artist (multi-instrumentalist, producer, arranger, songwriter, photographer, and videographer) born and raised in South Florida.  Kerr’s work reflects a broad range of influences and mediums.  He has toured and recorded worldwide as a leader and a sideman to various groups spanning multiple genres.

Dion can be seen at some of the most renowned festivals, venues, studios, and galleries with many great young and upcoming artists of all art forms.  Kerr has shared the stage with Ignacio Berroa, Nicholas Payton, Marcus Strickland, Etienne Charles, Lillias White, Godwin Louis, Jean Caze, Immanuel Wilkins, Justin Brown, and Tivon Pennicott.  Dion is the co-founder of the band ‘The Smoogies.’ They released their debut album ‘Planet Smoogies’ with trumpeter Nicholas Payton and just released their second full-length album ‘People Music’ alongside completing a national tour funded by South Arts for their grant-winning proposal.  Dion was the engineer and co-producer of Seafoam Walls record ‘XVI’; he also played guitar in the live incarnation, released on Thurston Moore’s label ‘Ecstatic Peace Library,’ which was recorded and produced all in his home studio.  Dion is also credited as a songwriter and arranger for Jessica Tonder’s ‘A Rise Of Peace’ feature with Nowness. He is also a key member in many other highly sought-after bands in South Florida and New York art scenes. 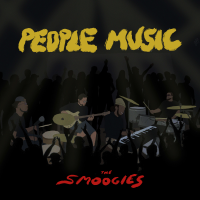 Dion Kerr presents the second video in his new "Dialogues" series featuring guitar prodigy Tim Watson. It's a follow up to his first presentation with world class drummer David Chiverton. Tim and Dion met in Miami where they both currently live and share the bandstand in a number of groups including New York based Juvenoia and 12EYES.
10
Article: Multiple Reviews 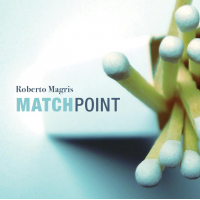 Bassist and multi-instrumentalist Dion Kerr is joined by dummer David Chiverton on his new YouTube series "Dialogues" where he will explore new compositions in intimate duo settings. You can catch Dion Kerr and David Chiverton on tour across the US with their band The Smoogies this April and May 2022 promoting their new album People Music.
Album

Label: JMood Records
Released: 2021
Track listing: Yours Is The Light

Label: Tiger Turn
Released: 2021
Track listing: Loren's Theme; Searching But Never Finding; Two Steps Forward; Seeing It Again For The First Time; The Urgency Of Every Moment; Invisible Things; Walking In Our Own Footsteps/The Circle Game; The Smallest Thing; A Day Is Forever/Like Any Other; Three Roads Diverged; Learning What It Means To Be; It's Enough To Be Here, Now.

Dion Kerr's second single, “Cosmos” from his BACE Records debut, “Ivy”, is a multi-movement piece with recurring melodies and evolving musical themes. Here Kerr uses an original composition from his days at Manhattan School of Music, deconstructing and recasting it into a 9-minute big band arrangement. Featuring Jeff Parker on guitar, the two crossed paths during his time at the Banff International Workshop for Improvised Music in Alberta, Canada curated by Vijay Iyer. That meeting resulted in Parker’s feature on “Cosmos”, where the two share their unique voices and weave together a colorful sonic tapestry. Staying true to his passion for experimental music, this piece showcases Kerr’s skill as he marries drum machine beats with cassette tape saturation.