Dag Markhus is a Norwegian jazz drummer and musician based in New York City. Although born and raised in the country of mountains, fjords, and northern lights, it was the excitement and swing of American jazz that captivated his musical ears and heart. Since finishing his master's degree at The Juilliard School in 2014, he has stayed in Manhattan, working as a sideman, collaborator, and occasional soloist. A founding member of the Konrad Paszkudzki Trio, Dag has performed in some of the city's most reputable venues, recorded actively, and accompanied jazz icons such as Barbara Carroll and Bucky Pizzarelli 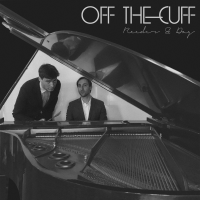 Label: Bandcamp
Released: 2019
Track listing: Prelude to a Kiss; Button Up Your Overcoat; Say It Isn't So; Fine and Dandy; Everybody Loves My Baby; Tea for Two; By the Fireside; Top Hat, White Tie and Tails; Smoke Gets in Your Eyes; Fidgety Feet; Pretty Little Girl.