Chuck Hammer is an American guitarist and soundtrack composer, known for textural guitar work with Lou Reed, David Bowie, and Guitarchitecture. As an artist, Hammer is best known for his Guitarchitecture recordings, though he is also widely regarded as a leading soundtrack composer, having scored approximately 300 documentary films. He is currently developing a series of improvisational textural guitar recordings. He attended State University of New York at Buffalo, studying classical guitar with Oswald Rantucci, jazz with Archie Shepp, and attended lectures presented by Karlheinz Stockhausen 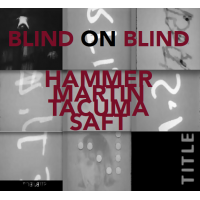 Award-winning composer, guitarist, recording artist and producer Chuck Hammer has been an active influence on the progressive music scene since the mid-1970's, working with Laurie Anderson, David Bowie and Tony Visconti, Nile Rodgers, and Lou Reed, with whose band he recorded and toured globally for several years. An early adopter of the Roland guitar synthesizer, Hammer ...