Born on December 17, 1944 in São Paulo, Brazil, Barbosa-Lima grew up in the Brooklyn district of the city. He states that he began playing guitar when he was seven. Barbosa-Lima recalls that his father, Manuel Carlos, hired an instructor to teach him how to play guitar. The lessons were then transferred from the father to the son, and the child became known in the neighborhood as a prodigy. After two years of lessons with Benedito Moreira, the young man was introduced to Brazilian guitarist composer Luiz Bonfá. Under the recommendation of Bonfa, Barbosa-Lima was directed to Isaias Savio, the father of the classical guitar school of Brasil

Dafnis Prieto is one of the leading drummers and composers of his generation. Forty-four years old and Cuban born, Prieto moved to jny: New York City in 1999. The early 2000's found Prieto employed as a sideman by several prominent musicians, including Eddie Palmieri, Michel Camilo, Carlos Barbosa-Lima, Dave Samuels and Arturo O'Farrill. In the following ... 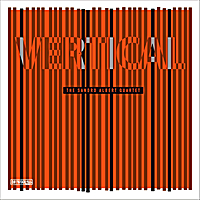 Ever since the path-breaking, horn-like excursions of guitarist Charlie Christian in Benny Goodman's band, the language and literature of the guitar have forever been changed. Today's exponents, from Pat Metheny to Fred Frith, have stretched its boundaries, albeit from dramatically different perspectives of the musical spectrum. Sandro Albert fits somewhere in the dynamic pantheon of guitarists, ... 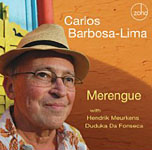 Carlos Barbosa-Lima Merengue Zoho Music 2009There is distinct nobility surrounding the virtuosity of guitarist Carlos Barbosa-Lima. His South American sojourn, Merengue, presents sweeping vistas and myriad emotions described with degrees of technical superiority only a few other musicians have achieved. Unfortunately, Barbosa-Lima's reputation has not kept pace with ...

Guitarist Carlos Barbosa-Lima has been enchanting listeners for over 50 years. During that time he has made his mark in live performances, as well as the 50 albums he has released. His sense of rhythm and melody, time and pulse, and his ability to enhance the mood through dynamics and harmony give his music an incipient ... 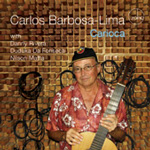 Carlos Barbosa-Lima has the ability to enrich a song with remarkable grace. He makes each one sing eloquently, bringing out its inherent beauty, not hurrying his passage as he lights a spark underneath. While his technique is undeniable, his creativity is the trump card. Barbosa-Lima's choice of tunes on Carioca is judicious. He draws ...

As guitarist Carlos Barbosa-Lima interprets the songs of Central and South American composers both classic and contemporary, he creates a lovely album of soft, tropical harmony. Ethereal in its mood and graceful in its dancing rhythms, Carioca represents a casual panorama of Rio de Janeiro. In Barbosa-Lima's hands, the acoustic guitar carries a wide-ranging ...