Brandon Terzic was born in Akron, Ohio in 1976. His musical journey commenced at the age of eight, when his father played him the recordings of Jimi Hendrix. Although he wouldn’t begin playing until he was fifteen, his passion and interest was already kindled and sparked. After immersing himself into a total study of Blues music, and playing a handful of gigs with his first band, Terzic abrubtly quit playing at the age of 19, sold all his guitars, and flew to Europe. This began a life long obsession of traveling solo and seeking inspiration and knowledge from being alone on foreign shores 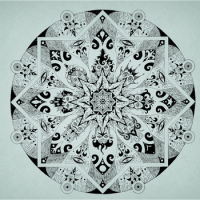