After first finding acclaim as a member of the Steve Miller Band, singer/songwriter Boz Scaggs went on to enjoy considerable solo success in the 1970s. Born William Royce Scaggs in Ohio on June 8, 1944, he was raised in Oklahoma and Texas, and while attending prep school in Dallas met guitarist Steve Miller. After joining Miller's group the Marksmen as a vocalist in 1959, the pair later attended the University of Wisconsin together, playing in blues bands like the Ardells and the Fabulous Knight Trains. In 1963 Scaggs returned to Dallas alone, fronting an R&B unit dubbed the Wigs; after relocating to England, the group promptly disbanded, and two of its members — John Andrews and Bob Arthur — soon formed Mother Earth

This broadcast presents new releases from guitarists Jocelyn Gould, Mary Halvorson and vocalists Jennifer Gammill and Shiri Zorn with birthday shoutouts to Judy Garland (100!) pianists Hazel Scott, Irene Higginbotham, Geri Allen and vocalist Lili Anel, among others. Thanks for listening and please support the artists you hear on the show--see them live, buy (don't just ...

Just hearing the name Boz Scaggs evokes a feeling. It's a hip, laid back, soulful, approachable feeling. It's a southern thing. But it's a jny: San Francisco thing too. He is, as his most recent record proclaims, Out Of the Blues. But he's played his share of rock and roll, r&b, and even jazz too. 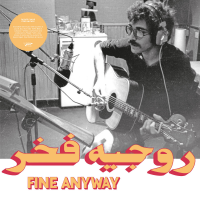 Based in Berlin, the label Habibi Funk took its name from an online comment about one of its mixes. “Habibi" is actually the Arabic word for “darling," which seems fitting for a company intent on sharing the love. Their stated aim is to reissue mostly North African musical treasures from the 1970s and '80s, ranging from ...