Born on March 22, 1952 in Boston, Massachusetts, Bob Mover started playing the saxophone at age 13. Two years later, Phil Woods heard him in a high school All Star band in Miami, Florida and gave Bob a scholarship to study under him that summer in New Hope, Pennsylvania at Ramblerny Camp for the Performing Arts. While still in high school, Bob sat in with such luminaries as Roy Eldridge, Wynton Kelly, Zoot Sims, Kenny Dorham, James Moody, Jimmy Rushing, Anita O'Day, Richie Kamuca, Charles Davis, Chubby Jackson and others. Also, at that time, Bob was inspired by his musical friendships with mentors such as Ira Sullivan, Lee Konitz, Jaki Byard and Sonny Rollins as well as contemporaries among them - Brecker, Scofield, Bill Pierce, Duffy Jackson, Mraz..

Label: Cellar Records
Released: 2022
Track listing: Don't Look Back; I Hear A Rhapsody; Floating; Together; May In June; The Mover; Jump For Joe; The Latest; Danse Encore; One Is Enough; Who Cares.

"Don't look back, something may be gaining on you." So said Satchel Paige, former MLB pitcher and social sage. Pianist Bernie Senensky probably did not have that quotation in mind when choosing Don't Look Back as the title of his album. He may have been more wistful as he checked the date of the recording (December ... 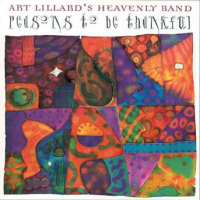 My Heart Tells Me

Label: Motéma Music
Released: 2013
Track listing: Disc One: My Heart Tells Me; So Near and Yet So Far;I Hadn’t Anyone Till You; Get Out of Town; Penthouse Serenade; Gone with the Wind; You’ve Changed; By Myself; You Must Believe in Spring. Disc Two: Dee’s Dilemma; Survival of the Sickest; Muggawump; Fair Weather; Chet’s Chum; Sweet Basil; Carmen’s Calypso.

Bob Mover: My Heart Tells Me

Jazz saxophone veteran Bob Mover has put together a very satisfying two-disc release, My Heart Tell Me, with both swinging instrumentals and his very effective,unadorned vocals. Disc one has Mover mostly singing standards in soft pensive fashion, bringing to mind Nat Cole, as well as Chet Baker, his early-days cohort. Standouts on this ...