William Frank Reichenbach Sr. was an American jazz drummer and percussionist, who co-developed the jazz-samba drumming style. He was the father of trombonist Bill Reichenbach Jr. and the singer Kurt Reichenbach. Reichenbach started his musical career even before he graduated from the McKinley Tech High School. During World War II, he played in a band of the Navy before he toured with the big bands of Tommy Dorsey, Jimmy Dorsey, and Art Mooney. Later he worked in the jazz clubs of his hometown, where he accompanied Frank Sinatra, Patti Page, Teddy Wilson, and Zoot Sims. Charlie Byrd hired Reichenbach as an additional drummer for the Stan Getz album Jazz Samba, which was recorded in 1962 and which provoked a wave of enthusiasm for Bossa Nova in the United States 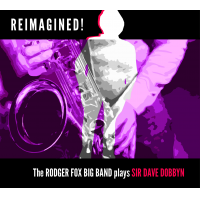 On Reimagined!, New Zealander Rodger Fox's superlative big band takes a fresh look at the music of Sir Dave Dobbyn, one of that country's most honored and beloved musicians. Although Dobbyn has spent his celebrated career in the fields of pop and rock, his evocative compositions lend themselves well to light and swinging interpretations by Fox's ... 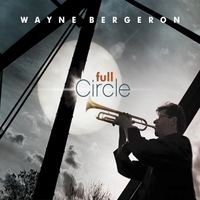 Track and field aficionados will remember Olympic gold-medal-winning high-jumper, Dick Fosbury. Fosbury revolutionized his event by developing an unorthodox “backward flop" to hurdle the bar. No flop, for sure, but Full Circle from trumpeter Wayne Bergeron and his stellar Los Angeles teammates raise every aspect of the trumpeting and big band bar to atmospheric heights. 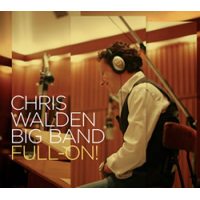 To say that Chris Walden's instrumental compositions and arrangements are the best part of his new big-band album, Full-On!, is not to dismiss the rest as less than adequate. Walden's charts for the ensemble, on the other hand, do provide much of the excitement in a session that is otherwise dominated by vocals (seven in all), ...