Born in 1969 in Petah-Tikva, Israel, Asaf later moved to the town of Rehovot, where he spent his teens and early twenties. This was an influential move for Asaf, as it was here amongst the diverse cultural influences he found in Rehovot that Asaf began to show an interest in music and rhythm. In Rehovot he lived amongst people from North Africa, east and central Europe, and the Middle East. Living in Shaarayim, the Yemenite neighbourhood in Rehovot, Asaf was particularly drawn to Yemenite culture, music, and rhythms. At the age of 12 Asaf began drum lessons, while also having a strong interest in playing electric bass

We remember Chick Corea on the first anniversary of his passing—Return To Forever, Elektric Band, and music from his collaborations with Steve Gadd and John McLaughlin. Plus music from the Moonjune Records sampler. Playlist Return To Forever “Theme To the Mothership" from Hymn Of The Second Galaxy (Polydor) 00:00 Chick Corea Electric Band “King ... 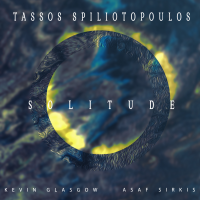 New music from Asaf Sirkis of his release Solar Flash featuring Gary Husband. From Ohio, Spherical Agenda with their new single “Guts" from their upcoming album Arcane Wisdom and some obscure music from Turkey and the UK. A special feature, Ethnic Embraces to highlight a series on All About Jazz written by Mike Jacobs called BackTracks. ...