One of the classic Texas Tenors, there was always excitement elicited by Cobb’s uninhibited, blasting style which earned him the label "Wild Man of the Tenor Sax." Arnette Cleophus Cobbs, was born on August 10, 1918, in Houston, Texas. He was taught piano by his grandmother and went on to study violin before taking up tenor saxophone in the Wheatley High School band. When he was fifteen he joined Louisiana band leader Frank Davis’s band and performed in the Houston area and throughout Louisiana during the summer. He worked with trumpeter Chester Boone for two years and left to become a founding member of the Milton Larkin Orchestra in 1936. Cobb worked with Larkin for six years and, with members Eddie Vinson, Cedric Haywood, Wild Bill Davis, Illinois Jacquet, and others, made the band one of the most successful territorial bands from Texas

August birthdays this week, celebrating the centennials of Charlie Parker, singer Jimmy Witherspoon and bassist George Duvivier. George only did one session as a leader for a French label, which I have never been able to find. So, we pair him with other August celebrants: Jimmy Rushing, Lester Young, Arnett Cobb and Art Farmer. We also ...

Meet Marc A. Cohn Dr. Cohn is a New Yorker-in-exile and has been doing jazz radio as an avocation since 1967. He is Professor Emeritus in Seed Biology at Louisiana State University, where he has won numerous teaching awards. He is a widely recognized authority on seed dormancy, is Editor Emeritus of Seed Science Research (the ...

Boss tenors take charge. I don't know how else to put it. When a boss tenor plays a ballad, a mid-tempo tune or a barn-burner, the saxophone's sound is assertive and commanding, with a deep, forceful push in the lower register and a bluesy wail up top. Let me illustrate with eight clips: Here's Ben Webster ... 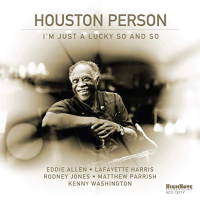 Perhaps tenor saxophonist Houston Person is indeed A Lucky So and So, as he professes on his newly recorded album of that name, but it has taken far more than luck to sustain a long and successful career that spans more than half a century and numbers more than sixty albums as leader of his own ... 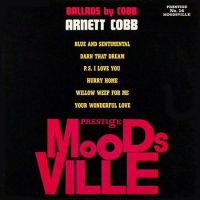 Known as the “Wild Man of the Tenor Sax," Arnett Cobb began his recording career with the Lionel Hampton Orchestra in 1943. He quickly became one of the band's stars, and his solos were eagerly awaited by audiences. But Cobb would suffer several Job-like misfortunes, only to fight his way back to the microphone, where he ...