As of May 2021, musical artist, Jazz pianist, Lydian Chromatic Concept certified teacher, online music educator and native New Yorker Andy Wasserman is as active as ever, evolving and prevailing in an astonishingly diverse range of experience in the world of music since becoming a full-time professional musician in the 1970's. With a productive schedule that encompasses his "Couch Tour" weekly solo piano live stream concerts every Sunday of fresh, original compositions (info at event listings on JazzNearYou.com), as well as a full 5-day a week roster of private online lesson students in his state-of-the-art audio/video/webcam teaching studio, to creating podcasts - plus his teaching The Lydian Chromatic Concept (certified by George Russell to do so) - Andy presses onward and upward to pass forward the wealth and inspiration of his life's work in music. He released 10 new solo piano albums in 2020 performing his own signature solo piano contemporary compositions, with two of his recordings, "FLOWERS" and "THE SEVEN VERTICAL SCALES" receiving nominations for JAZZ ALBUM OF THE YEAR by SoloPiano.com, alongside Alan Pasqua's "DAYDREAM." Andy's recordings are currently available on his Bandcamp Pro page, SOLOPIANO.COM's website, and streaming with digital download sales on Spotify, Apple Music, Amazon, YouTube Music, Pandora, iHeart Radio and Deezer. Throughout his career as a multi-instrumentalist, performer, composer, arranger, recording artist, producer and educator, Wasserman has had the privilege of being mentored by three of the finest musicians on the planet - Jazz Piano Master Dwike Mitchell (Mitchell-Ruff Duo), Innovator, Composer, Band Leader and Theoretician NEA Jazz Master Fellow George Russell (Lydian Chromatic Concept of Tonal Organization: The LCCOTO) and Legendary Djembe Drummer Papa Ladji Camara (Les Ballets Africains De Keita Fodeba). In his youth he attended the High School of Music and Art (drums, orchestral percussion) and the Metropolitan Music School (piano and theory) in Manhattan and earned his Bachelor of Music in Jazz Studies (composition and theory) from New England Conservatory of Music in Boston. Wasserman began working with legendary composer, band leader, theoretician and NEA Jazz Master George Russell at New England Conservatory of Music in 1979. After a few years of private study, Russell enlisted Andy to serve as his substitute instructor at the Conservatory for his classes in the Lydian Chromatic Concept of Tonal Organization ( a/k/a "The Concept" or The LCC) when Russell was on international tours with his band, The Living Time Orchestra. Andy continues to act as an editorial assistant and seminar leader in George Russell's "Concept" and is one of only a few people authorized directly by Russell to teach 'The Concept' of tonal gravity in it's entirety. Andy has been the only certified Lydian Chromatic Concept of Tonal Organization teacher in the New York/New Jersey/Connecticut area since 1982. In 2010, he began offering online private one-on-one lessons in the LCCOTO via videochat to students around the world. He worked under Mr. Russell's direction for 20 years on the 2001 fourth and final edition of "George Russell's Lydian Chromatic Concept of Tonal Organization; Volume One - The Art and Science of Tonal Gravity" - currently available for purchase from Russell's estate (Concept Publishing) on Amazon. Andy teaches the LCCOTO via video conferencing to students around the world who wish to further their pan-stylistic studies as improvisors, arrangers, composers, instrumentalist performers and music theory analysts. Wasserman's aim is to maintain the integrity, authenticity and purity of George Russell's life's work by dedicating the transmission of its invaluable innovation explicitly as Russell and his wife Alice Norbury Russell intended it to be shared - thereby respecting and honoring his monumental legacy for future generations. His 10+ years of private study with master pianist Dwike Mitchell paved the way for Andy's extensive work as musical director and accompanist for Jazz Tap Dance Festivals, and influential Jazz tap dancers that include The Copasetics (Cookie Cook, Honi Coles, Bubba Gaines, Buster Brown, Ernest "Brownie" Brown and Gip Gibson), Savion Glover, Jimmy Slyde, Dianne Walker, Jane Goldberg, Jason Samuels, Sam Weber, Fayard Nicolas, Brenda Buffalino, Katherine Kramer, Robert Reed and Nicole Hockenberry. In addition to working with dancers, Andy Wasserman has played in a myriad of New York City clubs as soloist and accompanist. He was contracted through the American Federation of Musicians Local 802 for a continuous nine-year engagement as the resident solo jazz pianist every Friday & Saturday night and Sunday Brunch at the Ambassador Room of the United Nations Plaza Hotel in New York City from 1987-1996. Andy's mentoring with Papa Ladji Camara (Guinea, West Africa) - master drummer of the original "Les Ballet Africain de Keita Fodeba" - lasted from 1998 - 2004. This work was a culmination of Wasserman's ethnomusicological studies that began in the early 1960's when Andy was a young boy starting his collection of musical instruments from Africa. He went on to incorporate world music into many artistic projects from the early 1970's to the present. His work in West African, Asian, Middle Eastern, Native American, Latin, South American and Afro-Cuban stylistic genres inspired his creation of participatory multi-cultural productions that have been presented in performance, master class, artist-in-residence and workshop venues at over 2,000 festivals, schools, colleges and universities, museums and various public and private institutions since 1979. He currently tours regularly, spreading his message of global unity and healing through music with his original solo presentations "Making Music From Around the World", "Instruments: Ancient to Future," "Music: The Voice of Unity," "Beat of the Blue Planet," and "Voyage to BongoLand" utilizing the 140 traditional acoustic ethnic wind, string and percussion instruments alongside a studio filled with electronic instrumentation from his personal collection. Wasserman's original compositions, arrangements, piano and multi-instrumental performances on many recordings and soundtracks for TV, Radio and Film productions have appeared on the NBC, CBS and ABC networks, as well as Cable TV stations that include A & E, The Lifetime Network, History Channel, Travel Channel, TBS, Nickelodeon, Turner Network, Learning Channel and internationally - in countries that include Japan, Argentina, Canada, Hong Kong, Italy, Finland, the Netherlands, Norway, Ireland, Australia, Brazil and France. Andy Wasserman has recorded many albums of his compositions, arrangements and instrumental performances. Recent titles since 1995 include: 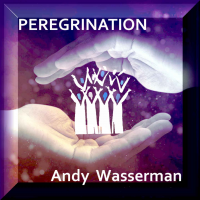 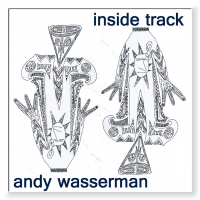 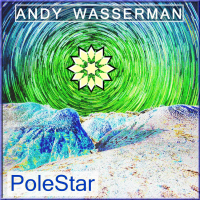 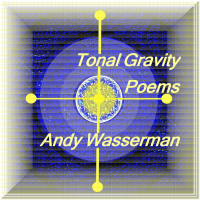 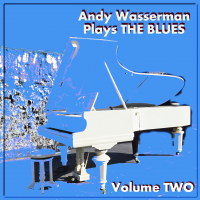 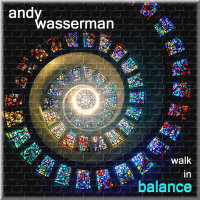 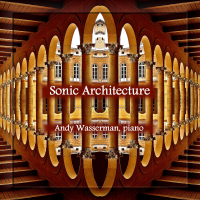 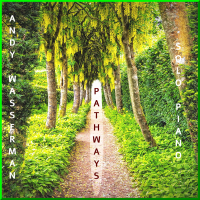 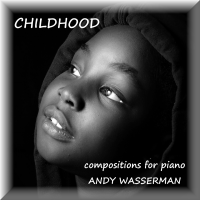