Adam Kolker is a multi-talented performer, composer and arranger. He performed and recorded with latin-jazz artist Ray Barretto from 1994 through 2002 (with whom he received two GRAMMY nominations). He also appears in New York City with groups including the Village Vanguard Orchestra, Fred Hersch's "My Coma Dreams," the Maria Schneider Orchestra, Bruce Barth, Judi Silvano, Lucia Pulido, and his own groups with John Abercombie and Billy Hart. He has recorded with Bruce Barth, John Hébert, Marty Ehrlich, The Story, Bobby Previte, Gunther Schuller, Bruce Saunders, Frank Carlberg, among others. Adam is also a member of the Brooklyn Jazz Underground, was a full time Associate Professor at the University of Massachusetts at Amherst from 1999-2008 and currently teaches at Kutztown University and Prinz Claus Conservatory in the Netherlands. Kolker’s first release as a leader, “Crazybird”, on A Records with Tim Hagans, Kevin Hays, Jeff Ballard and Doug Weiss, reached the Top Ten on the CMJ Charts, and received critical acclaim from such publications as Jazz Times, JazzIz and the Village Voice. Other CDs include “Sultanic Verses” (Satchmo Jazz Records) with Bruce Barth, Billy Hart, Ray Barretto and John Hébert, “Change Of Time” (OmniTone Records) a trio with Russ Lossing and John Hébert, performing music based on music by Bela Bartok which received 4 1/2 stars in Downbeat Magazine and was voted one of the Top CD's of the Decade. “Meditacions” (Satchmo Jazz Records) co-led with Catalan drummer Xavi Maureta, received the award for "Best Modern Jazz CD" from the Catalan Jazz Society in 2002, and Kolker’s "Flag Day," (Sunnyside) with John Abercrombie, John Hébert and Paul Motian, received critical acclaim from the New York Times, Jazz Times, Stereophile, and Downbeat. In May 2011, Kolker released “Reflections” (Sunnyside), with John Abercrombie, John Hébert, Russ Lossing, Billy Mintz, Judi Silvano and Kay Matsukawa

From the 1995-2003 archive: This article first appeared at All About Jazz in November 1999. The Herbie Nichols Project is a working, researching, and performing entity--co-led by pianist Frank Kimbrough and bassist Ben Allison. Operating within that fertile creative aggregate known as the Jazz Composers Collective (of which Mr. Kimbrough and Mr. Allison are ... 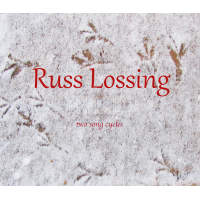 There is an HBO television series, A World of Calm, which delivers thirty-minute vignettes on subjects from trees to snowfall to the vastness of the universe. The unhurried series is designed to elicit restfulness while at the same time provoking deep concentration. The same can be said of Traces, a quartet project by pianist Russ Lossing. ...

New music from Adam Kolker plus a selection of recent albums

There's an international feel to this show with music from around the world. The main focus is on the excellent new release from Adam Kolker. There's also the Anglo-Belgian pairing of the Damon Brown & Stephane Mercier Quintet, Canadian William Chernoff, and from the North West of England a new band from Nick Steed called THR33. ...

Mike Holober is a celebrated composer and arranger who has worked for ensembles like the Westchester Jazz Orchestra in New York and the WDR and HR Big Bands in Germany. He is also the leader and founder of the Gotham Jazz Orchestra which here makes its first appearance on record in ten years. Holober makes this ...

Mike Holober has been Hiding Out rather openly for the past ten years or so, waiting for the proper time to gather together his world-class Gotham Jazz Orchestra and record for the first time since 2009's widely acclaimed album Quake (Sunnyside), in which his picturesque compositions and arrangements were compared favorably to those of Duke Ellington ...

If musical polymath Mike Holober is hiding out, he's doing it in plain sight. Constantly in demand, his work as a pianist, conductor, arranger and composer has drawn plenty of attention. In the past 15 years alone he has served as the Artistic Director and Conductor of the Westchester Jazz Orchestra (from 2007-2013), the Associate Guest ...