RAIN ON THE BORDER 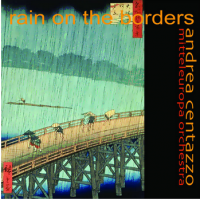 In 2011, his alma mater, the University of Bologna (Italy) honored him by establishing the “Fondo Centazzo” section of the University Library, where all his musical works are housed and made available to students, scholars and musicians