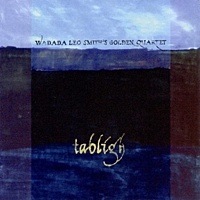 From his seminal days in the late sixties as co-founder of the Creative Construction Company with fellow AACM members Leroy Jenkins and Anthony Braxton to his ethno-musical investigations with his Nda-Kulture ensemble, trumpeter Wadada Leo Smith has explored a dizzying array of musical genres and styles. His most recent projects have paid tribute to the early fusion experiments of Miles Davis, the most notable is Yo Miles!, a heavily electrified collective co-led by guitarist Henry Kaiser.

Smith's current touring group, the Golden Quartet, released their self-titled debut for Tzadik in 1999, which featured pianist Anthony Davis, bassist Malachi Favors Magoustous and drummer Jack DeJohnette. Year of the Elephant (Pi) followed in 2002, and while the overall instrumental make-up of the group remains the same today, the line-up has changed considerably since the 2004 passing of Magoustous. Vijay Iyer, John Lindberg and Shannon Jackson now form the current incarnation, which yields a more youthful, extreme and volatile mix.

The ensemble's third record, Tabligh was recorded live at the Red Cat in Los Angeles for the CalArts Creative Music Festival in 2005. The expansive set reveals the quartet's versatility, ranging from atmospheric ballads and searing electronic melt-downs to spacious aleatoric detours and fragmentary collective improvisations.

The aggressive spirit of Miles Davis' legendary Second Quintet and the fulminating ardor of his seminal electric period hangs heavy over the proceedings, yet there is a spartan quality to much of the quartet's efforts. For all the obvious nods to the past, the Golden Quartet approaches these epic pieces from a meditative angle—more akin to the restful spirituality of John Coltrane than the moody introspection of the Dark Prince.

A powerful document, Tabligh is a welcome reminder of Smith's continued importance in the continuum of creative improvised music.