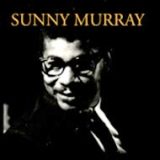 Sunny Murray illuminates jazz drumming. His open meters and timing set rhythm and pulse on a new and invigorating course. In doing so, he gave jazz drumming a dynamism and drive that still resonates.

In the early days of his career, Murray played with Jackie McLean, Cecil Taylor and Albert Ayler. This gave him the opportunity to open out and transcend the ordinary, a trait that is seen to advantage on this record which was first released in 1966.

The music is intense, but it is also passionate. "Phase 1.2.3.4" rises from the eddying pools churned by the twin alto sax punch of Jack Graham and Byard Lancaster. Murray's timing opens space, he punches the traps and skitters on the cymbals. His colors are myriad and radiant. Lancaster is upfront and inspired as he torques his lines and swells the progression. Jacques Coursil has a more sedate line on the trumpet, bringing in steady harmony. Form shifts and the ensemble plays an inviting melody with flowing lines which turn out to be a short bridge to more free expression.

Murray shows his technique and abundant creativity on "Giblet" with an open solo. His scope is wide and high and he fills it with his presence, each beat and note delivering art. This is another adrenaline pumped tune, with the horns cavorting freely and in total understanding of concept and space. If Murray is the driving force for the rhythm on this recording, due should also be given to bassist Alan Silva. He is right there with the horns playing in tandem, all the while keeping the pulse intact.

The interviews included are revealing, but in the final analysis it is about the music, which ferments, roils, and fascinates.