By Trevor MacLaren
October 5, 2003
Sign in to view read count 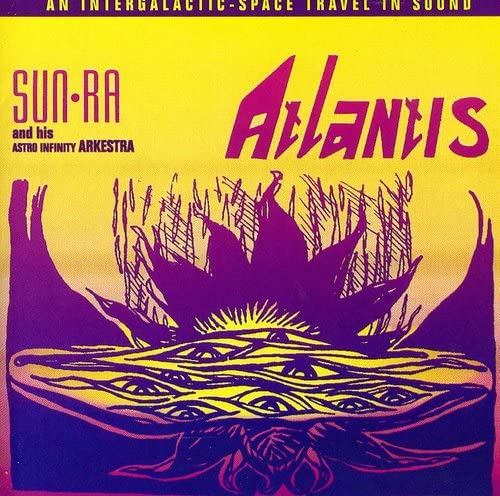 With Mars now in sight with the naked eye, no time is better than the present to turn to the planets. During his tenure on Earth, Saturnian Sun Ra created some trailblazing sounds that helped to change not only the sound of jazz, but several other genres as well. Herman Blount, better known as Sun Ra, would take a listener from the New Orleans style jazz right into trippy grooves. His space sounds helped to create the experimental music known as psychedelic and its '70s offshoot, space rock. With Atlantis, Sun Ra shows both sides of his personality, offering a side of smaller cuts and one long solid jam that helped define the sound of space jazz.

Atlantis is the first of Sun Ra's ' and probably the first jazz record as well ' to feature the brand new clavinet (dubbed the 'solar sound instrument'). Later on, musicians as diverse as Stevie Wonder and Herbie Hancock would create some of their finest compositions using the instrument. But here Sun Ra had introduced the solid funk groove of the clavinet to jazz. On Atlantis he gives an entire side to short compositions written exclusively for the instrument, including the conga-driven 'Mu' and the classic 'Yucatan' (both Impulse! and Saturn versions are featured on this CD, which underwent reissues by Impulse! in 1973 and Evidence in 1993).

His style changes give an introspective view of where Sun Ra was going with musical ideas. 'Mu' shows his interest in social, technological and musical diversity by building a track around acoustic and electronic instruments while having tenor-sax man John Gilmore lay out a raga styled solo. On the 21 minute title track, Sun Ra cuts one of his finest free (or space) jazz compositions ever. Atlantis is an amazing opus that features a larger band than the opening five tracks. Here Ra builds a masterpiece that twists and turns through many soundscapes and gives the whole track a diversity that stands apart from all of Sun Ra's other records.

Combing through Sun Ra's catalogue, there are many records that contain sounds that are so unique and original that it makes it almost impossible to choose a favorite based its ideas alone. Atlantis is not only one of Ra's most eclectic albums, but overall is one of the finest he ever released.