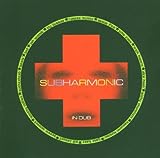 Through Axiom and its subsidiaries (including Subharmonic and Strata Records), Laswell has explored modern electronic music, including ambient, dub, and funk. This extensive and kaleidoscopic two-CD overview of Laswell's work through this period, with John Zorn, Anton Fier, Nicky Skopelitis, and other world-class musicians, embodies Axiom's mantra: "Nothing is true—everything is permitted.

"Everything is permitted except maybe editing. Three tracks on disc two clock in over sixteen minutes, while the repetitious deep space dub of "Asiyah Dub (Blinding the Starry Yes of God) on the first disc recalls an old joke about progressive-rockers Pink Floyd: Play anything slowly enough, and play it over and over long enough, and some somnambulant and cross-eyed stoner will eventually think, "Wow, that's profound, dude.

This anthology does deliver occasional glimpses into possible future musics.

"Morning of Balachaturdai by Painkiller (Laswell with saxophonist John Zorn and Mick Harris, drummer for Napalm Death) shoots out like metallic shrapnel the possibilities of combining free jazz with industrial hardcore. Its bass and drum crescendos thunder beneath Zorn's uncharted explorations, as he bleats through his own echoes like honking traffic in the supersonic passing lane. "Morning is almost a musical palindrome that doubles back upon itself, and definitely an instrumental freakout worthy of seminal jazz-rock experimentalists the Mothers of Invention. (I'd suggest that this style might be called "free industrial jazz, except the phrase sounds like it means hearing Kenny G piped in at the mall.)

The songs—rather, the pieces—seem programmed to progress through more and more abstract musical states. The ambient rhythm of "Dead Drop by Cypher 7 (Laswell with keyboard player Jeff Bova and guitarist/producer Alex Haas) is almost completely static, with synthesizer lines whistling melancholy as they hover in this grey rhythmic murk.

"Transfer Complete by Web (Laswell with ambient producer/DJ Terre Thaemlitz) takes the minimalism even further, a piece stripped of rhythm and of melody. It's not a song, not even music, but a soundtrack in the basic sense of the word "sound —the sound of modern alienation caged in its human machine age.