The legacy of 'Aja' can be summed up with refreshing simplicity. It's a collection of exceptional songs, written by talented songwriters at their creative peak, and played by a rare combination of brilliant musicians with interestingly diverse talents. 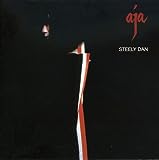 In the movie Mr. Holland's Opus, Richard Dreyfuss, playing a high school music director, recounts his childhood memory of first hearing a John Coltrane album. He recalls how he hated the music, but couldn't stop listening to it. He played the album over and over again until he appreciated every note—until he knew it would be an inspirational force in his life.

Steely Dan's Aja was like Dreyfuss' Coltrane album for me. For a teenager raised on 1970's rock, and late to discover the allure of jazz, Aja was a vivid turning point. When my sister brought the album home, I poked fun at the odd-sounding name of the band and of some of the songs ("Black Cow," "Deacon Blues.")

I don't recall finding the music repulsive, just odd. But I couldn't stop listening. I listened to the point that I began to hear the chords in my head when the album wasn't playing. In a cycle of appreciation and frustration, I began to love the songs, even though they sounded strange, from somewhere unfamiliar. Without dismissing the appeal of Led Zeppelin, Boston, Van Halen and the like, listening to Aja opened up a new world of possibilities. I felt like a child who'd only previously played with a Slinky, and who'd been given the keys to FAO Schwarz.

By Walter Becker's own admission, introducing jazz musicians to the creative antics of the rock/pop influenced (Donald) Fagen and Becker wasn't always easy. Wayne Shorter, the saxophonist in Miles Davis's second, 1960s, classic quintet, was at first reluctant to join the cavalcade of musicians laying down the tracks the duo would use to paint the completed audio portrait. But Shorter's solo during the extended instrumental section of the title track is perhaps the most memorable of the album's several distinguished performances.

For a band propelled by the vision, edgy wit and fervent artistry of the eclectic, enigmatic Fagen and Becker, Aja was a natural progression. Growing up in the late 1950s and 1960s, each was raised on a balanced musical diet that from the jazz canon included Dave Brubeck, Sonny Rollins, Charlie Parker, Davis, Thelonious Monk and Charles Mingus. Throughout the 1970s, the duo ratcheted up the harmonic sophistication of their writing and the virtuosity of their supporting casts. "Your Gold Teeth II" and "Green Earrings" were just two of many tracks from preceding albums that foreshadowed a new direction.

While mixing genres can make for inconsistent outcomes, with Aja the process resulted in a perfect marriage of the best elements of rock, pop and jazz, performed by an all-star cast.

As we approach the 30th anniversary of Aja's release, what gives it such enduring appeal? Above all perhaps, the unique spread and balance of musical tastes amongst the musicians: several songs aroused the interest of the mainstream music audience (notably "Josie," "Peg" and "Deacon Blues,") and climbed to respectable Top 40 positions; the unmistakable back-up vocals of former band member Michael McDonald gave audiences a sense of familiarity; rhythm tracks are reminiscent of some of the R&B tunes of the Motown era; hot licks and fill-ins from Fender guitars remain an integral part of the band's recipe.

In short, the band subtly introduced more sophisticated elements to their music by mixing them with ones more palatable to the mainstream. It's akin to exposing kids to Shakespeare by casting Leonardo Dicaprio and Claire Daines as Romeo and Juliet.

Although sometimes mistakenly lumped into the smooth jazz category, the album displays an interesting complexity not generally associated with the genre. The appeal of Steely Dan's work can be heard in the chord voicings, displaying an "Ellington-esque" quality in which chord and melody are inseparable.

While the band shies away from the notion that they founded the "L.A. sound," or the smooth jazz movement, they helped blur the lines between jazz and other genres. Although they weren't the first to venture into jazz/rock/pop middle ground, they established that it's possible to find mainstream commercial success with a critically acclaimed masterpiece.

In addition to blurring the distinctions between jazz and rock or pop, on Aja Steely Dan validated the practice of musicians moving freely between them. Elvis Costello, Sting and K.D. Lang are among the contemporary artists who occasionally cross the chasm between jazz and other genres, frequently attracting world class musicians such as Bill Frisell, Branford Marsalis and Lee Musiker to join them. Jazz purists sometimes view with condescension those musicians who pursue crossover projects—and rock/pop heavyweights sometimes view those purists as snobbish ideologues, incapable of embracing musical evolution. Aja provided the perfect musical sandbox where kids from both sides of the genre tracks could play in peaceful harmony.

The legacy of Aja can be summed up with refreshing simplicity. It's a collection of exceptional songs, written by talented songwriters at their creative peak, and played by a rare combination of brilliant musicians with interestingly diverse talents. Nearly 30 years on, Aja remains a musical gumbo with all the right ingredients.

Following a 19-year recording silence, Steely Dan fans have recently been treated to a band renaissance consisting of several tours and a couple of new album releases. One of those releases, Two Against Nature, won the Grammy for album of the year in 2000, an award that some speculated was the Academy's way of offering reparation for snubbing Aja nearly a quarter of a century earlier.

If there's truth to that claim, so be it. The Grammy-Award winning album stands on its own as an artistic work, regardless of comparison with previous works by the band. After nearly a decade of feverish creativity and productivity, running 1972-1980, the band could after all have chosen to rest on its considerable laurels.

For the legions of Steely Dan fans, anything from this point on is "lagniappe."