By Glenn Astarita
August 1, 2002
Sign in to view read count 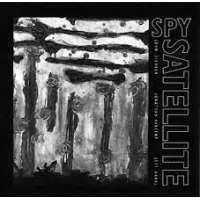 It all started in Baltimore, MD back in 1992, where the musicians had studied with composer Stuart Saunders Smith at various points in time. Yet, this release represents the trio’s first recording. Multi-reedman John Dierker has become a major improvisational stylist while New York City-based Jeff Arnal is rapidly becoming one of the premier drummers in the free jazz arena. The equally exciting pianist Jonathan Vincent rounds out the trio, whereas the musicians’ agenda might be akin to a succession of fragmented themes marked by a whirling dervish approach. Here, the artists’ zigzag across vast spatial boundaries consisting of alternating motifs, crash and burn vamps and intuitive exchanges. Dierker alternates reeds within certain tracks while Vincent darts, jabs, and spurs his band mates onward via linearly devised single note lines and fluently executed block chords. Arnal provides a lesson in the art of free jazz drumming, largely due to his consistent cymbal swashes, steady pulse, and purposeful polyrhythmic digressions.

They engage in a plethora of interleaving concepts augmented by Dierker’s howling lines, injections of blues-drenched choruses and Albert Ayler-like display of energy. However, the band’s motivations are seemingly founded upon a common perimeter – as the soloists deconstruct most common semblances of time and meter. In sum, Spy Satellite is a compelling exposition that communicates a long-term impression. This is the so called, “new music” at its most explorative and all encompassing.

1.Getaway Car 2.Dancing With A Wombat 3.Hoosick Falls 4.Gray Patterson 5.Tug Boat 6.Shrill Clinker 7.Bug Out 8.Caterpillar Dream 9.Melzo Is Buzzing 10.There Where There Is No Other 11.In The Zoo