“Percussionist Jeff Arnal’s balletic sense of time and imaginative deployment of colour have combined into a highly original concept.” (The Wire)

He studied orchestral percussion at the Peabody Conservatory and later drumset with visionary-percussionist Milford Graves. From 1993-1996 he studied composition and contemporary music with Stuart Saunders Smith. It was during this time that he began performing improvised music concerts pulling from his interests in new music, jazz and rock - setting into motion a life journey investigating sound, percussion and improvisation as composition.

Jeff has been active as an organizer of music, dance and multimedia events in the NYC music community since 2000. From 2001-2006 he was Co-Artistic Director of Improvised and Otherwise, an annual experimental music and dance festival in Brooklyn, NY. Between 2003-2007 he was curator of On The Way Out, a monthly music series in Brooklyn.

In a parallel life Jeff works as a modern dance accompanist and teaches percussion. His collaborations with choreographers have been produced at PS 122, Joyce SoHo, Danspace Project at St. Mark's Church, The Chocolate Factory and Judson Church.

Arnal holds a BA in Interdisciplinary Studies: Music Composition and Filmmaking from the University of Maryland and an MFA in Music from Bennington College. Show less 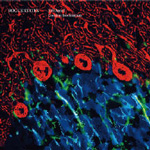 All About Jazz musician pages are maintained by musicians, publicists and trusted members like you. Interested? Tell us why you would like to improve the Jeff Arnal musician page.