Snarky Puppy at the Electric Factory 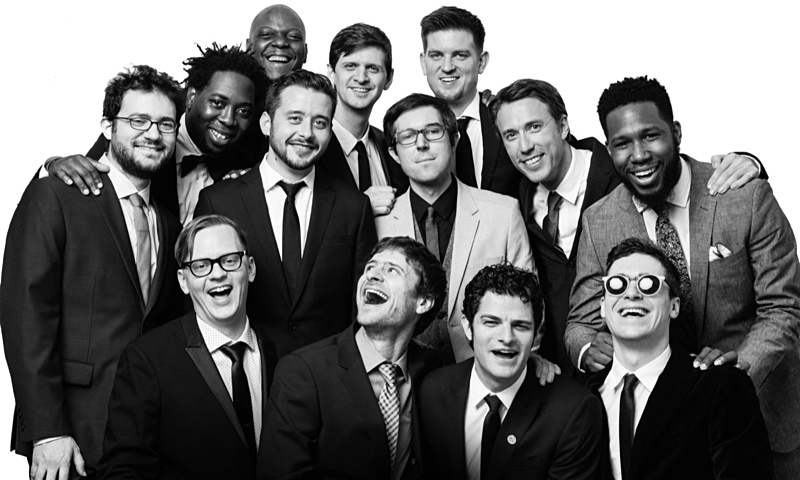 BY ASHER WOLF
May 26, 2016
Sign in to view read count
Snarky Puppy
The Electric Factory
Live From the Lot Festival
Philadelphia, PA
May 21st, 2016

As I sit in this Philadelphia train station trying to decipher the ambient jazz faintly trickling from the overhead speakers I am reminded of why we need more bands like Snarky Puppy, who just took The Electric Factory by storm. Technology now allows music to pervade every nook and cranny of the public sphere, so for the casual listener, music discovery is a matter of passive exposure, not active pursuit. Of course, not all genres are created commercially equal. You would have to be reclusive or deaf to navigate modern life without swallowing a hearty dose of pop and hip-hop, but jazz won't come out and find you. And when it does, it's typically in the context of an elevator, hotel lobby, or train station. Such aural tranquilizer largely dominates jazz's public profile, so if you want to find jazz worth listening to you'll probably have to go look for it in niche radio stations, niche websites, and niche venues.

The Electric Factory is not a jazz venue. The rusty, mammoth structure lies in a parking lot near downtown Philadelphia, but the run-down exterior masks a rather elaborate set up with an expensive bar and a stylish, industrial aesthetic. Instead of the seats, candles, and entrees that too often accompany live jazz there is a gaping dance floor designed to be pummeled with sound. The Factory hosted the Live From the Lot music festival, featuring mainly funk and rock, and Snarky Puppy headlined, owning the night with such intensity and effortless facility that I almost felt embarrassed for the preceding acts (despite quite enjoying their performances).

Ironically, Snarky Puppy's impeccable technicality elicits quite a bit of derision. Bassist Michael League organized the foundation of the rotating cast in 2004 at the University of North Texas' historical jazz program, and the band is thus emblematic of the generation of diploma-wielding cats that represents today's jazz scene. It was obvious from the first 30 seconds of their slinking opening number, "Tarova," why no critic could justifiably doubt their chops. Snarky Puppy's tradition of recording live albums stands as testament to their ability to play with such finesse, balance, and cohesion that live shows sound studio produced. In response, skeptics love to spin the band's signature slickness as empty or shallow, complaining that a rigorous education does not a good musician make. Clearly, none of these critics have been to a Snarky Puppy show.

I have rarely heard a more justifiable use of technical wizardry than the drop-dead filthiness that Snarky Puppy puts forth in a live setting. Instead of reveling in their own prowess or using it as a crutch in lieu of higher artistry the musicians use their confidence to take wild liberties with their own compositions. The band could pull off ambitious arrangements in their sleep, so instead of focusing on playing each piece faithfully, they can afford to channel all their concentration into screwing around with it to the breaking point. On the lyrical Latin dance number "Semente," they interspersed playful licks between each orchestral swell, treating the show as if it were a casual but intense jam session. To say they have fun would be an understatement. And it's difficult to watch them without being elevated to an equally ecstatic mood.

Every article written about Snarky Puppy seems obligated to drop the group's unofficial slogan: "music for the brain and the booty." The cerebral and physically compelling aspects of music are often though of as antonymous. Snarky Puppy not only abolishes this myth, but also exemplifies how morsels of intellectual stimulation and awe can push a groove into overdrive. On "GØ," guitarist Chris McQueen's solo had escalated to a shifty, counter-rhythmic barrage of chords when League spontaneously signaled the rest of the band to cut out, letting McQueen sprawl out and writhe around in his own ethereal space. The interlude allowed the crowd to catch its breath and marvel before the rhythm section crashed back in like a sonic boom, propelling the beat forward with increased momentum.

The ensemble's precise, bombastic grooviness is partially a product of their instrumentation. Snarky Puppy looks like a typical big band flipped upside down (and electrified). Instead of a flock of horns tethered by a modest rhythm section, the ensemble is a rhythmic powerhouse spiced up with a couple of trumpets (Mike Maher, Jay Jennings) and a hardworking tenor sax (Chris Bullock). Two to three percussionists (in this case, Larnell Lewis on a drum set and Marcelo Woloski on a variety of objects) seamlessly merge to produce a sharp, rollicking beat over the subtle foundation woven by the guitars and keys. Beneath it all, Michael League conducts the symphonic funk with a variety of dynamic, fluid bass lines.

Snarky Puppy hit a climax on the closing number "What About Me?." The song erupted hot out of the gate with a flurry of drums cued in by a distorted guitar riff. For this performance, the band played the normally hyperactive funk groove in half time, slowing it to a heavy drawl. The intensity started high and only continued to grow, peaking with a staggering drum solo from Lewis over a twisting motive in an arcane time signature. By the end of the show my face muscles ached from two hours of unconscious contortions.

The band even had showmanship! A trivial feature, many would argue, because the music should be gripping in and of itself, and performativity is cheap and distracting, and so on. But when the audience isn't familiar with jazz, let alone how to listen to it for extended periods, stage presence is an important factor. On the aptly named "34 Klezma," League split the audience down the middle and prompted one half to clap a three over the other half's two. He may have underestimated the typical drunkenness of a Saturday night Philadelphia crowd, but the stunt, and others like it, kept audience members hyped and engaged.

Hundreds of young adults have just staggered home with Snarky Puppy ringing in their ears. Many newcomers will doubtless be converted to fans. Some may decide to check out other jazz, and possibly even get hooked on the stuff. That's what happened to me when I first heard the Pup. Snarky Puppy is hardly today's best jazz band, but, with two Grammys and a highly seductive crossover appeal, they may be doing the most to drown out the elevator music and open the ears of the post-millennial generation.