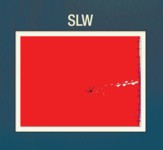 From Germany, Argentina, Wales, and Japan, an international super group no less! Just reading the participants' names raises one's hopes about this music and sets the pulse racing. Although this foursome has not recorded together before, through various collaborations too complex to detail here (including Elektro-Akoestisch Ensemble, The Sealed Knot, Q-O2, and the 2008 release on Formed Records Ij,—they are like a complex overlapping Venn Diagram) the participants have enough common history to ensure that they will be using a mutually understood musical vocabulary that draws on eai, drones, and the importance of restraint and silence. It is that mutual understanding that makes this album mouth-watering.

Recorded live in Les Halles, Brussels in October 2006, this is one continuous piece lasting fifty six minutes. At the recording, the audience sat in the centre surrounded by speakers. Apparently, the whole space was meant to be considered a swimming pool (the gig was originally intended to be held in a unused pool). The title SLW stands for "sound like water". This title helps put the recording in context, because it often does sound like water—falling, flowing, lapping, gushing, pouring...

Unsurprisingly, given the prevalence of electronics, the piece opens with a high frequency electronic drone, which is practically the signature sound of eai and of Toshimaru Nakimura's no-input mixing board. Gradually, that is overlaid with other sounds, many electronic, to produce a multi-layered collage. Rhodri Davies' harp is linked to electro acoustic devices and used as a sound source for a range of complex sounds. Lucio Caprece's reed contributions are occasionally audible as the upper layer, although they sometimes sound as if they have struggled to the surface; when below the surface, they often provide a percussive effect that effectively combines with Burkhard Beins percussion, giving the piece an underlying pulse. Despite the water motif throughout the piece, there are prolonged passages of sustained tones that act as interludes and add drama and tension.

As originally intended, this is music designed to totally immerse the listener, music that relies upon listeners to surrender to it and immerse themselves. It is richly rewarding and repays repeated listening.