Radio Intro: Sketches on the Radio

By Mark Sullivan
September 14, 2016
Sign in to view read count 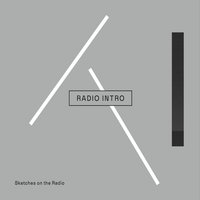 Radio Intro is a duo project of Israeli pianist Yakir Arbib & Italian drummer Roberto Giaquinto . Arbib is an award-winning pianist (he won Second Prize at the Montreux International Piano Jazz Competition in July, 2015) equally skilled in classical music and jazz—he has a special interest in restoring the role of improvisation to classical music performance, as shown by his Kickstarter recording project Classical Improvisation.

The duo was formed in Rome, Italy, in 2008 just after Arbib won the first place in the "Massimo Urbani International Jazz Award." Just freshly met, the two musicians went on to record Arbib's debut album Portrait (Philology, 2009). Shortly after, both received scholarships from the Berklee College of Music and moved to Boston together, where they continued performing. All of the music on Sketches on the Radio was completely improvised without any prior planning, and was recorded live on stage during the duo's first Canadian tour in January/February 2016.

The piano and drums combination is fairly unusual, which tends to suspend expectations. The pair take full advantage of this by ranging widely stylistically. "Premonitions" opens the set with a gentle, Middle Eastern flavor. "Turbulent" follows with a busy, repetitive feel in both parts: "Relentless" might have also been a good title. Then the brief "Intermezzo" provides a sound like a classical intermezzo, with a minimal—but effective—drum part.

"La Cucaracha" is not the folk tune. Perhaps the skittering rhythms evoke cockroach movement? "Walk Water Stones" has an especially striking open theme, some of the most "composed" sounding music on the album. The final "Encore" (which is taken from the Ottawa performance) begins with busy piano, joined by the drums—then it launches into what is almost a slow drag, the most jazz-sounding playing here, and a traditional sound at that. The piece comes to a gentle, but definite ending.

Remarkable improvisation from a pair of musicians with an almost telepathic connection. Two players worth keeping an eye on, individually and collectively.