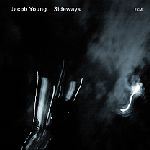 "Everything in nature is reborn within the circle of life, and shines with new brightness, hope and promises." These words, by writer/illustrator Flavia Weedn, find echo in Lillehammer, Norway-born Jacob Young's "Near South End," a spirit-lifting composition featured on Sideways, his second effort for ECM.

Cold-water streams start running anew, licking away slick patches of silvery, translucent ice. Damp dead leaves of summer past moisten the earth, and leave in the cool breeze that blows foreheads bare, an odoriferous aroma of worm-eaten wood and truffles. Get happy! Spring is here! The tune seems to say.

In addition to its programmatic title, "Out of Night" follows a similar, almost as optimistic thematic concept: the birth of a new day. Played by trumpeter Matthias Eick, its rising motive transposes, in music, common reveille rituals of limb-stretching and god-awful squinting matches against the blinding light of an incandescent morning sun, symbolized musically by an abrupt modulation. The glaring luminosity momentarily disappears as Vidar Johansen's dark tenor rises above Mats Eilertsen's rampant bass and Jon Christensen's extemporaneous drumming, like flaring winds above a lumpy sea. The track ends with episodic sunny intervals that gently drift into an evening-set scene, on which the two blowers and Young's harp-like chording slowly fall prey to the calm night, and into a deepening sleep, symbolized by the music's long rallentando.

"Hanna's Lament" follows, with its slow, dirge-like feel and mournful melody adding considerable yet not excessive pathos to producer Manfred Eicher's sequenced plot of the record. Besides the opening title track—a gentle theme in 7/4 supported by rolling guitar chords—the session until that point has followed a wavery, up/down motion, getting increasingly deeper and somber as the only musical peaks—albeit slightly extroverted—are reached in moderate merriment by Eick's Kenny Wheeler-like squeaks. Majestuous gestures are substituted here by subtler, more subdued stylings. Sideways' sole and rather short climax comes relatively late with "St. Ella," as the group congregates in unison around the tune's simple melody.

Like many ECM releases, including Young's predecessor Evening Falls (ECM, 2004), rather than capitalizing on screaming build-ups and virtuosic solos at breakneck tempi, Sideways features a more cinematic series of musical frames of varying density, luminosity and contrapuntal activity. Thanks to Eicher's keen ear and acute sensitivity, the recording's overall form becomes one long, elaborate song all to itself. It results in a feeling of wholeness that is experienced over the entire course of the work, making for a superiorly satisfying experience.