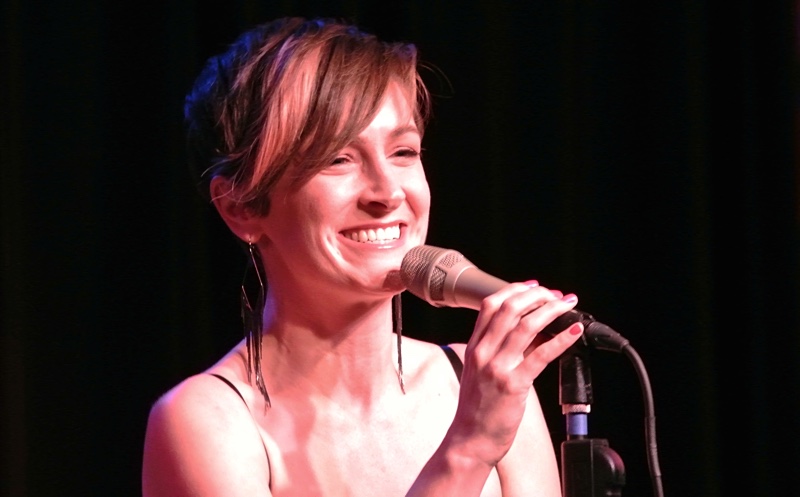 New York audiences have had some opportunities to catch California-based vocalist Sara Gazarek in action, but they've been few and far between: A one-nighter at Jazz at Kitano, a Mother's Day brunch at the Blue Note, and more of the like spring to mind. And so it was with excitement and anticipation that Gazarek arrived in New York for her first extended engagement—five nights, finishing off on Valentine's Day—at Birdland, one of Manhattan's premier jazz rooms.

For the first set of the evening on Friday, February 13, Gazarek and her band delivered something of a survey set, touching on material from three of her four albums—Yours (Native Language, 2005), Live At The Jazz Bakery (Native Language, 2006), and Blossom & Bee (Palmetto Records, 2012)—and throwing in a few other favorites for good measure. Signature arrangements, musical sensitivity and affable charm proved to be the cornerstones of the performance.

Gazarek and company kicked things off with a double-shot from Yours, delivering their upbeat, metrically-tweaked takes on "Cheek To Cheek" and "My Shining Hour." The former gave pianist Josh Nelson a chance to let loose while the latter showed Gazarek at her perkiest. Both numbers had minor sound balance issues, as bassist Matt Aronoff was often lost in the mix and Gazarek had to fight the drums and piano at their loudest, but those issues quickly vanished. The band calibrated its sound, delivering the rest of the set in dynamic equipoise.

From there, Gazarek visited the title track of Blossom & Bee sans duet partner John Pizzarelli, who apparently dropped by earlier in the week. Then it was back to Yours for the signature "Blackbird/Bye Bye Blackbird" medley and off to Brazil for "O Pato," a number which featured sunny vocals, a bass solo, and some ultra-sensitve fingers-on-drums support from Zach Harmon. The set peaked at the midway point, as Gazarek and company delivered a wonderfully nuanced reading of "Tea For Two" and a stunning "I Got It Bad (And That Ain't Good)" which opened with some emotionally-rendered a cappella vocals. She introduced that Ellington classic, which appears on Live At The Jazz Bakery, by referencing the importance of music education and recounting the tale of a pivotal moment in her musical life: Her appearance at the Essentially Ellington competition with her high school jazz band.

The remainder of the set included "I Don't Love You Anymore," a post-breakup song that Gazarek and Nelson collaborated on with songwriter Cliff Goldmacher; "I'm Old Fashioned," which found Harmon delivering "the sound of rain" on his cymbal; "More," a request from an audience member that almost didn't happen because of difficulty finding the chart; and "Some Of These Days," which showcased Nelson's pearly touch and featured Aronoff's most memorable solo of the set. Gazarek and her band then closed out the performance with a confidently-delivered "Down With Love," a number that ended with Harmon cutting loose over a vamp. It proved to be one of many high points during a greatest hits-type set from this exquisite singer and her band mates.