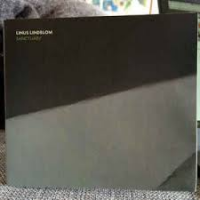 Sanctuary is saxophonist Linus Lindblom's third release for HOOB records, the first two being The Lines (2007) and Objets Trouvés (2012).

Much like Skarkali by Ingi Bjarni Skúlason, Lindblom's musical language is very personal, unique and highly emotional, but quite accessible. The band, comprised of pianist Carl Bagge, bassist Par-Ola Landin and drummer Konrad Agnas, most obviously share Lindblom's musical outlook, because they are right with him in arrangements that require a practiced precision with an edge of emotional abandon.

Lindblom's saxophone sound has a pressure to it, but with slightly soft edges, enabling him play with a high forward energy one moment and then switch to singing melodiousness in another. This mix fits very well, as might be expected, with his compositions that have a darkness underlying their inner, cool, white heat.

Utilizing wide-interval lines that are played many times in unison by piano, bass and saxophone, the music has an intense drive, even on the ballads. Lindblom's harmonic language feels stripped down and almost simple, but it is not, being balanced on a knife edge of self-assurance, unpredictability and cool logic.

The two ballads, "Venus Ascending" and "Sanctuary" are overtly beautiful, but not cloying, much in the way a stark Northern landscape can be attractive in its harshness. Furthermore, the melodic structure and phrasing of the tunes of Sanctuary allow the album to be listened to over and over with no fatigue, but rather a continual freshness that keep one's attention piqued.

Lindblom knows what he is about and where he wants to go. ECM fans will revel in this fantastic music which has a complex simplicity that comes straight out of northern Sweden in having a joyous optimism tempered by a touch of melancholy, with not one bit of resignation, but rather, strong determination.