By Mark Sullivan
June 3, 2020
Sign in to view read count
When last heard from, Slovenian guitarist/composer Samo Salamon released a diverse trio of albums in a single month: an eleven-piece free jazz orchestra; a chamber trio of viola, acoustic guitars and drums; and a "free modern jazz punk avantgarde groove quartet." These two albums are another simultaneous release, but with a difference. They document two sessions recorded on the same day: each containing the same eleven Salamon compositions, and performed by the same three musicians—but with different instrumentation on each album, as well as a different track order. Both sessions have a generally intimate chamber jazz feel, and while the playing is quite free, they have a composed sound (unlike the free improvisation with which Šalamon has increasingly been involved). 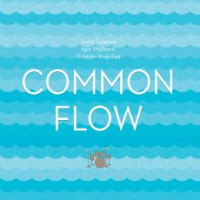 Both of these albums feature Igor Matković's trumpet and flugelhorn as the lead voice. He introduces the stately theme of "Crooswijk" over a gentle rhythm from acoustic guitar and drums. The instrumentation here looks similar to Šalamon's many "bassless trio" albums, but the sound is quite different. On those his guitar sound was generally very electric, sometimes employing an overdriven fusion approach. On acoustic guitar he takes more of an accompanying role, and even his guitar solos blend in with the arrangements. His solos on "Burmonster" and "Dunes" are unaccompanied and in chord-melody style, far more understated than much of the playing on the earlier albums.

Kristijan Krajncan begins "Sandstorm" with a gentle burble of tom-toms, with the trumpet playing yearning extensions of the melody. "Serenity" is a gentle waltz, again mainly carried by the trumpet. "Same" features a guitar solo with drums: much higher energy than the earlier ones, and a callback to Šalamon's earlier, electric style. "Another Rain" concludes the set with the most abstract sounding track, ending with frenetic, jerky rhythms. 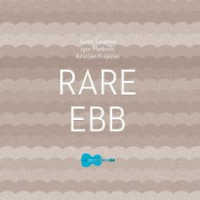 The first sound on Rare Ebb is "#7" opening with an unaccompanied pizzicato cello solo. It quickly becomes apparent why the album cover includes only an image of a cello—and Common Flow had only a drum kit. Despite not being the lead instrument, in many ways Krajnčan's instruments define the group sound on both sessions. "Crooswijk" features the first instance of heavy electronic trumpet processing (a soundscape effect), along with a guitar-like pizzicato cello solo, and an atmospheric electronic ending. The use of electronics is another significant part of the contrasting sonic signature of this album. "Dunes" finds the cello doubling the theme arco, moving to accompaniment with pizzicato and percussive slapping on the cello body: the cello as both a percussive and melodic instrument. "Same" includes an extended soundscape ending, while "Floating" includes a long unaccompanied bass solo. And "Another Rain" is, again, a freestyle album conclusion.

Leader Samo Šalamon plays only electric bass here, rather than his usual electric guitar. Yet the end result is more like his earlier electric guitar albums than Common Flow was, at least partly due to the electronic processing involved (Šalamon also plays linear solos on the bass which oddly are more like his electric guitar solos than his acoustic guitar solos). The two albums employ different track sequencing, but they each make an effective impression. Fans of the "bassless trio" albums may actually find this one the more familiar of the two. But the set is recommended as a unique view into Samo's current musical direction. And fans who have found the free jazz albums hard to follow should find these more approachable.