By Glenn Astarita
June 1, 2011
Sign in to view read count 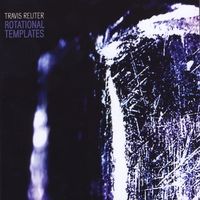 Influences by contemporary classical composers within progressive-jazz frameworks do not always yield fruitful results, but New York City-based guitarist Travis Reuter goes against the grain on the exhilarating Rotational Templates. An impressionable young composer and guitarist, Reuter divulges a conspicuous approach to hybrid genres as if it were meant to be.

The band was up for the occasion and generates sympathetic support amid a democratic mindset. These pieces convey a pulsating set of odd-metered rhythmic structures, abetted by linear modalities and underscored with the element of surprise. Moreover, Reuter is a first-rate soloist and often rockets to the stratosphere with animated and scorching lines.

Rotational Templates looms as a noteworthy entry into the modern era jazz chronicles. Reuter's musical world is a place of intrigue that not only stimulates the psyche, but also delivers a high form of entertainment along the way—a sterling effort that should not go unnoticed.