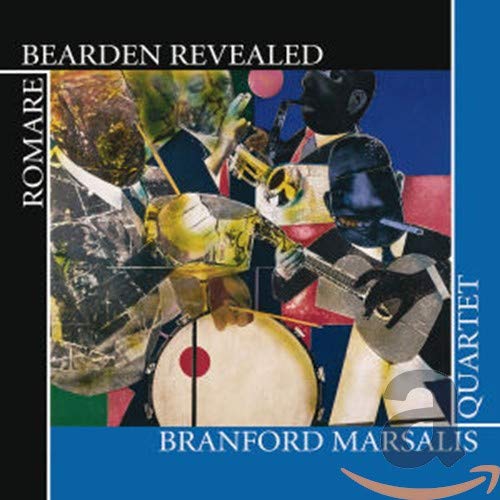 Romare Bearden is a painter, and several of his works are featured in the CD booklet. The works reveal enough of the artist's concerns in themselves, and the music isn't a necessary complement to the works, nor yet is there anything unique about it that might readily associate it with Bearden's art.

As far as the art goes, it works as a kind of visual equivalent to Albert Murray's book Stompin' The Blues, a tome that has of course assumed Biblical proportions amongst the reactionaries. As far as the music goes, it's an urbane and proficient affair quite in keeping with the stuff the reactionaries have now been laying on us for decades. Everything is present and correct, nothing stands up and shouts, and nothing grabs the attention beyond the ever-broadening echoes of other, unhappily deceased players.

Much of the critical debate about the reactionaries once argued that the lack of "progress" in music that "merely" echoed what went before was a sign of jazz losing its vitality. But this denies the fact that a musician’s influence has always been best disseminated through those who absorbed that influence and built their own musical personalities out of the material the influence offered. However, what happened in the last few decades of the last century is that instrumental proficiency became an end in itself, a point this disc emphatically confirms in abundance, and nowhere better than on the ten minutes of "J Mood," where Wynton Marsalis lays on the trumpet technique, and presumably gets Stanley Crouch salivating.

In a sense a roll call of the composers whose works are covered here – Morton, Ellington, James P. Johnson – says it all. Morton's "Jungle Blues" is purged of life and comes on like pastiche, redeemed only by the leader's soprano sax. Both Wynton and Delfeayo Marsalis strive for and reach the instrumental effects of those who played the thing when it was fresh, but again their clinical efficiency is no substitute for the heart the first practitioners put it across with.

"Steppin' On The Blues" also finds the leader on soprano sax, and again his abundant technique can't make up for the deficiency of feeling – those blues must be hell on earth when you're down to your last half dozen handmade suits, and that high-class female just keeps coming on.