By Doug Collette
January 29, 2010
Sign in to view read count 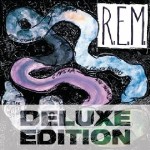 Has there ever been an American rock band with more natural chemistry than the original four-man lineup of R.E.M.? Listening to both discs of the Deluxe Edition of Reckoning, initially released in 1984, it's hard to think of a group more in tune with itself and its audience at this point in its career than R.E.M.

In his extensive liner notes to the double-disc package, Tony Fletcher makes point after notable point about the quartet's good-natured willfulness, and the iconoclasm that they shared with alternative bands springing up around the world at that time. Without specifically mentioning it, the author strongly suggests the Do It Yourself ethic espoused by R.E.M. was in direct contrast to the mass marketing of music at the time (Michael Jackson and Bruce Springsteen), and now, in retrospect, seems like a distinct foreshadowing of the independent-minded artist of the digital age.

None of this would matter much if the music didn't sound as fresh and full of life as it does on both the studio recordings and a live performance from the Aragon Ballroom, Chicago recorded the same year. R.E.M.'s preference for brevity ensured their work, overseen by Mitch Easter and Don Dixon, had no frills, but then they didn't need anything more than that, which the four of them boasted as individual instrumentalists and vocalists, coalescing into a unified group effort.

Even listening today, Mike Mills' bass is every bit as mobile as Bill Berry's drums are insistent, but there's no denying the pealing of Peter Buck's six strings any more than Michael Stipe's oblique vocal delivery. It is an unusually pleasant contrast to hear Stipe supported by Mills' natural harmonies, as on R.E.M.'s most conventional song, "Don't Go Back to Rockville."

The live content of this double set is particularly revelatory of R.E.M.'s self-sufficiency. The foursome nails its arrangements without playing them too correctly: the tuneful thrash of "Driver 8" and "Pretty Persuasion" lay to rest any doubts about the band's street cred, while a retrospective hearing of "Camera" and "Time After Time" reveal just how superficial the label "jangle pop" was.

It would be more to the point might to describe R.E.M., at this early juncture of its career, as a seemingly unlikely combination of The Byrds and The Velvet Underground, whose "Femme Fatale" begins the Aragon Ballroom performance. That the mix of style and attitude blends seamlessly and without effort on the part of the band is exactly what continues to distinguish this work of R.E.M. over a quarter century after it first came out.