BY PHILLIP WOOLEVER
March 12, 2016
Sign in to view read count 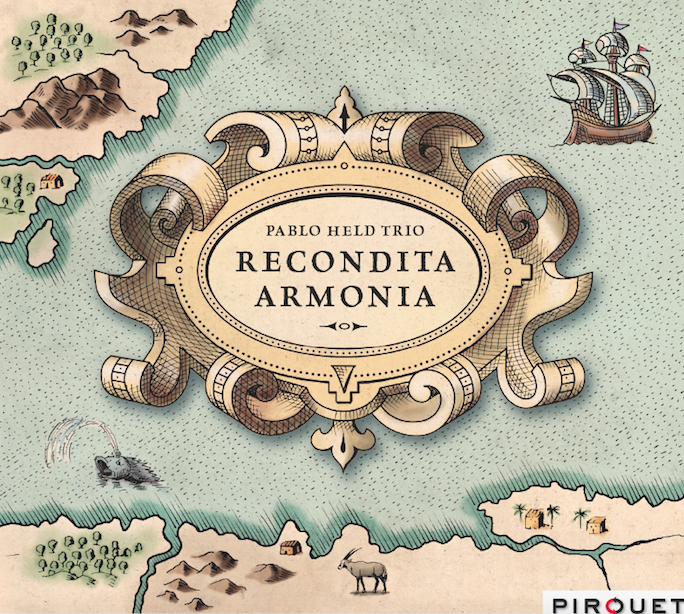 This solid release furthers the evidence that Held's trio (with bassist Robert Landfermann and percussionist Jonas Burgwinkel) continues to set lofty goals, and proves again the group is quite capable of splendid results.

After achieving success with a project like their collaboration with John Scofield, some performers might have taken a pause simply to collect the accolades or follow up with a similar, market-proven formula.

Demonstrating once again they are indeed unique, the musicians took more of a chance, releasing an album comprised entirely of classically based ballads. Therein lay the risk, as an enterprise of relatively subdued selections may not whet every consumer's appetite.

Conversely though, anyone who appreciates subtle sequencing or inflective/reflective pedal chords should find this album especially worthwhile listening. If ballads are a preference, then this is a delight, featuring excellent themes for contemplation or romance.

"Offertoire" evolves gradually, rolling into a lush soundscape before breaking into a multi-bossa nova type groove that proves the trio can play straight ahead jazz anytime they wish.

Abstract timing is an obvious specialty of drummer Jonas Burgwinkel, who shines across the cymbals and light rims on "Prelude No 3," even managing to achieve the difficult, often misplayed task of non-abrasive scratching that aligns appropriately.

Classical music is a gold mine for jazz improvisation. On "Feuillet D'Album Op. 58" by Alexander Seriabin, Held plays a supporting role as Landfermann's upright establishes the primary tonal presence. While the original's compositional form and orchestration deserves precedence, the trio's adaptation holds up just fine. This is not a case of comparing apples to oranges. More like diamonds to gold.

It's Held's turn to take the lead again under twinkling starlight keys on "Agnus Dei" by Igor Stravinsky. In an album full of good ballads, this cut is probably the strongest. Perfect for candlelight.

"Interludium No 5" builds on the type of intricate, abstract patterns the trio is becoming well known for. A lyrical sense of optimism, perhaps the most crucial part of many enduring ballads, makes this tune a personal favorite. Going down the street, away from someone you love, in a Mexican sunset rain.

Just as this disc's subtle sequences flow cohesively, the finale's title track from Tosca, which translates to "hidden harmony," seamlessly segues right back into the opener.

Overall, Recondita Armonia is another excellent release from Pirouet Records, one of Germany's most interesting, independent jazz labels. As usual, the product is high quality in everything from production to packaging.

While a few tracks along more contemporary melodic charts might have made this disc more marketable, that would have defeated the point. Either way, restraint is often a virtue, and this record includes many powerful moments.