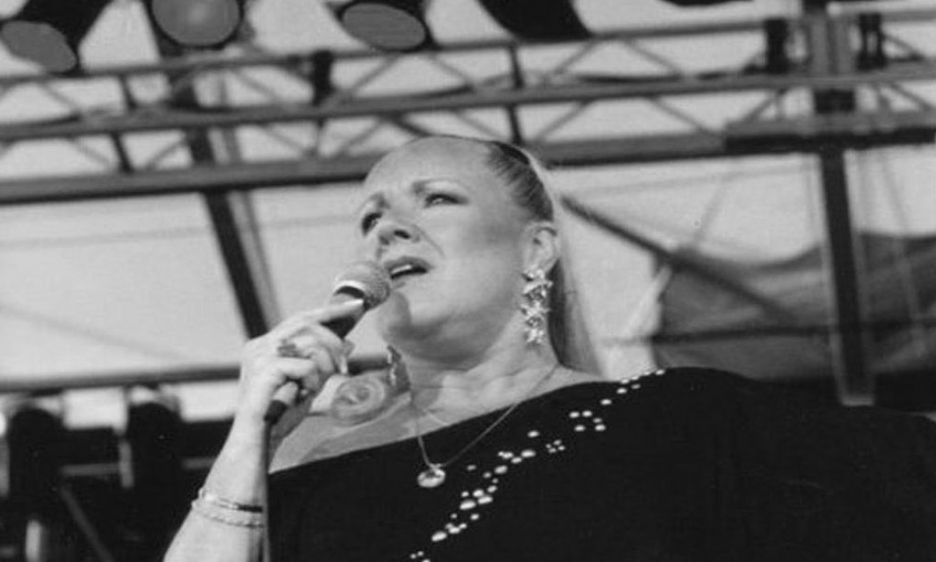 By C. MICHAEL BAILEY
June 22, 2018
Sign in to view read count
You'll happen my way on some mem'rable day
And the month will be May for a while...

I was never fortunate enough to have met Rebecca Parris in person; but, I was fortunate enough to live in and be a part of the musical universe that surrounded her. That universe was created by the singer through her recordings, performances, and instruction of aspiring vocalists, each who went on to become part of the creative galaxy that was Rebecca. With a creative and spiritual gravity so great, writers, producers, arrangers, and composers were all drawn into her orbit, forming an artistic constellation that continues to be a truly a living homage to her. Parris' passing on Sunday, June 17, 2018, following a performance, was a stunning and saddening shock to this outlying music writer.

My informal introduction to the singer occurred in the late spring of 2001 when I received a copy of My Foolish Heart (Koch International) for review at All About Jazz. I had reviewed little jazz vocals to that point, but had been listening to a great deal of Shirley Horn at the time. I was struck by Horn's near perfect control at very slow tempos, an ability that defied all natural law. Any other singer would grind to a halt at such tempos...but not Rebecca Parris. Parris perfected this brand of ballad singing, immediately making her my touchstone for jazz balladry.

As time passed and the reach of the internet and social media caused the world to get smaller, Rebecca, her daughter, Marla Kelman, and I became electronic friends. We corresponded often, talking a lot about music. She and Marla were always warm and familiar, funny and informative. Rebecca then began my proper instruction to jazz singing and jazz singers by sending them and their recordings my way. This is how I met Cat Conner, Louise Van Aarsen; Sue Sheriff, Evita Cobo, and a score more I cannot name...all of these singers experienced the rare benefit of having studied with Rebecca and the evidence in abundance in their subsequent recordings.

Rebecca's reach did not stop with her students. Social media exploded with personal reminiscences of Rebecca, many with photos, from the jazz vocal likes of Cheryl Bentyne, Perez, Carol Sloane, Tierney Sutton, Denise Donatelli, Dolores Scozzesi, Lauren Kinhan , this list does not end. The out pouring of love for Rebecca was both appropriate and awesome, providing evidence for the respect the singer garnered.

Author James Gavin, also a star in the Parris constellation, noted in his JazzTimes piece on the singer, "Although she never quite broke through on a national level, her career was studded with proud moments..." In this respect, Rebecca stood front and center leading a legion of artists for whom the same could be said with grace and humility. But her proudest moment exists in the gravity of her heart and talent, that was not just to attract people to her, but to one another. I can think of no greater accomplishment. Rave on, Rebecca Parris, wherever you are (and say hello to Patti Wicks while you're at it!). May it forever be May.