BY ELLIOTT SIMON
January 18, 2010
Sign in to view read count 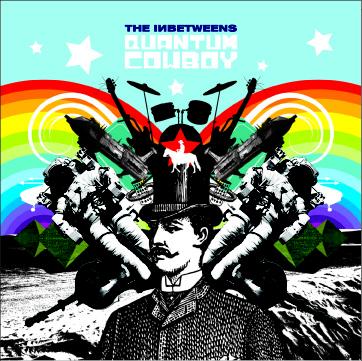 Electric guitarist Mike Gamble rules the traditional blues/rock/funk corners of his instrument extremely well but it is his artistry and compositional command that make these creative improvisations worthy of multiple listens. Here, he combines with a risk-taking rhythm section of acoustic bassist Noah Jarrett and drummer Conor Elmes to become The Inbetweens. While they heavily draw on a number of genres, they are anything but non-committal in their musical approach and Quantum Cowboy, though treading on lots of territory that could easily devolve into self-important noodling, remains a crisp exciting trip no matter how many times you saddle up.

A judicious use of loops, synth and effects does add some atmosphere but it is the combination of complex and organic rhythms that Elmes and Jarrett continuously pull from everywhere that constantly propels things forward both within and across cuts. This allows Gamble to do his thing, which is to free flow stylistically in ways too numerous to mention, but we can try.

The title cut is a predominately smooth semi-hypnotic ride that the rhythm section ably steers despite Gamble's attempts to take it off course by mixing burning jazz-rock leads into the otherwise spacey echo-induced groove. "Slap-Happiness" builds from a free-formish dub intro into a space-boppers delight. "Maia" begins as a delicately innocent melody that becomes power drunk with the blues. "Helio Copper" brings in the funk and synth and the monumental "Zhongguó Suite" uses a Spanish guitar groove as springboard to an intensely powerful heavy metal assault. "Thrash Bag" is a return from some semi-psychedelic trip that, while not covering new ground, creatively recaps the journey. These six sonic freak-outs that fit squarely nowhere are evidence that fusion continues to be capable of exploring new frontiers.