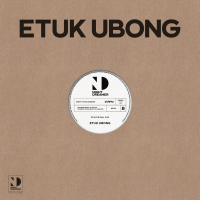 Lagos-based Etuk Ubong is part of a long line of fiery Afrobeat-rooted trumpeters which stretches back to Tunde Williams, a founder member of Fela Kuti's Africa 70 band in the 1960s. The lineage's foundational provenance is centred around players such as Lee Morgan and early period Freddie Hubbard.

Ubong made his own-name debut in 2017, when he released the quartet album Tales Of Life (Jazzagression), an excellent post-hard bop outing which made little impact outside Nigeria. At the time, Ubong was best known as a member of Femi Kuti's rocket-fuelled ensemble, The Positive Force. His international profile has been increasing since 2019, when he appeared at the EFG London Jazz Festival and at the crucible of London's alternative jazz scene, Steam Down (whose organiser, Ahnanse, is interviewed here. In April 2020, Ubong was to have represented Nigeria at the now postponed Jazzahead trade fair in Bremen, Germany.

Ubong calls his style "earth music." It is a high-energy blend of jazz, Afrobeat and a ritual music known as ekombi which originated among the Efik people in Nigeria's Cross River State, where Ubong was born in the same village as London-based alto saxophonist Camilla George (who is interviewed here). He writes politically charged lyrics in the Afrobeat tradition, pithier than those of the Kuti family, but hard hitting for all that, and switches between trumpet and vocals in performance.