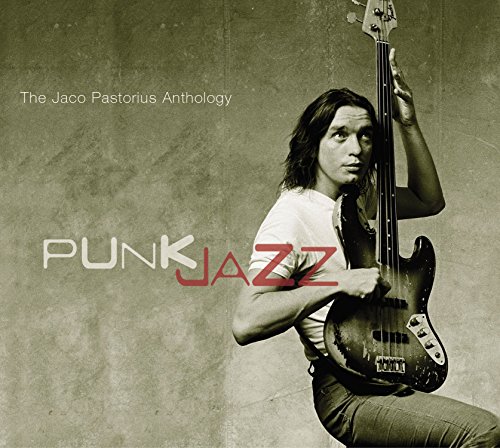 Flames that burn brightly also burn for the shortest time. The genius of so many jazz innovators from Charlie Parker to Thomas Chapin were silenced at too young an age. The same is true for legendary bassist Jaco Pastorius. In his short 36 years, he revolutionized the role of the electric bass in jazz. And then he was gone.

Best known for his work in perhaps the best jazz fusion band of all time, Weather Report, Pastorius stood shoulder-to-shoulder with jazz legends Wayne Shorter and Joe Zawinul as an equal voice and an outrageous stage presence. Never quite satisfied with merely keeping time, Jaco was the main event whenever he took the stage.

This two-disc retrospective centers its attention not on his Weather Report years (only the infamous “Birdland” is included) but on his solo creations and his work as a sideman—if he could ever be considered that—on some impressive recordings.

Jaco’s influence was wide and ranging. The folks at Warner/Rhino include samples of his early work with Paul Bley, Pat Metheny, Airto, and Flora Purim. There are also a couple of early clunkier (scary R&B/fusion efforts) as sideman to Wayne Cochran’s C.C. Riders and Little Beaver. While generally forgettable, these early 1970s recordings have traces of the mature Jaco Pastorius sound.

He plays deftly in the more free-form Trilogue with trombonist Albert Mangelsdorff and drummer Alphonse Mouzon and simply turns and rocks out with guitarist Mike Stern. Pastorius also recorded several sessions with Joni Mitchell, her tribute album Mingus being a perfect passing of the torch. The vibrant bassist stepped in for the ailing Charles Mingus, once the most outrageous of musicians himself. This recording bridged the generations, as Jaco’s grand plans were just beginning and Mingus’s were being extinguished.

But for Pastorius the question of what might have been was never answered. Drugs, alcohol, and mental illness shortened a career that might have surpassed that of Charles Mingus. Punk Jazz is a fine glimpse into a short but very bright career.