Pianist, composer, arranger and educator Shelly Berg brings a considerable array of talents to the contemporary music scene. Versatility coupled with innate talent has shown to be the keynote of his career. Describing Berg's work as a jazz pianist, the Los Angeles Times stated, “Berg burns hard, his fingers flying over the keyboard while his body nearly levitates off the bench. Exhilarating . . . filled with breakneck parallel runs, sudden rhythmic shifts and harmonic modulations that leave the crowd breathless!” The LA Jazz Scene added, “Who invented Happiness? Walt Disney? Wrong

Recently, and just a few days before Thanksgiving (2019), I was thankful for the opportunity to have two separate conversations with renown pianist Alan Pasqua. As generous with his time and candid commentary as he is talented as a musician and composer, both conversations crashed the one-hour mark. For you non mathematicians, that is over two ...

Meet Tish Oney Dr. Tish Oney tours internationally as a jazz vocalist and symphony pops soloist. She has recorded and produced five critically-acclaimed albums, taught voice and jazz at eight universities, and has served several more as an artist-in-residence. She has headlined at thousands of venues worldwide and has performed as soloist with the Detroit Symphony ...

The Frost School of Music at the University of Miami is proud to announce the launch of a new video series Frost Music Masters. This exciting project explores intricate musical conundrums, featuring members of our award-winning Frost School of Music faculty, giving tips and showing techniques for those wanting to take on challenging works.     ...
read more

So it happens that pianist Shelly Berg and bassist David Finck were hired by Chesky Records to play on a Livingston Taylor album. After they finished that session, with the high-end audiophile equipment still in place, David Chesky suggested the two stay and make a duo album themselves. And so they did, virtually on the spot. ... 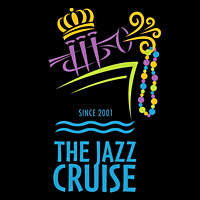 Although it has been barely six weeks since The Jazz Cruise, Entertainment Cruise Productions’ flagship offering, completed its 16th sailing, the line-up of artists who have signed on for 2018 has been finalized. Since 2001, The Jazz Cruise has presented the very best straight-ahead jazz in the world, and with nearly 100 jazz musicians set to ...
read more

November 4, 2016 through April 7, 2017 The JAZZ ROOTS annual six-part concert series held at the Adrienne Arsht Center for The Performing Arts, has become a musical institution in the jazz world often credited with helping to revitalize, nurture and spur the expansion of Jazz music in the south Florida area and beyond. ...
read more

The release of a new Lorraine Feather recording consistently brings a sense of excitement and delicious anticipation. What does this gifted singer-lyricist who, like a figure-ground illustration simultaneously brilliant at both, have in store for us? More than likely, if she's true to her own Muse, I'd suppose it's going to be a sublime rendering of ...

Polly Gibbons at Birdland on July 2